Here are the official lyrics to the Mr Softee jingle 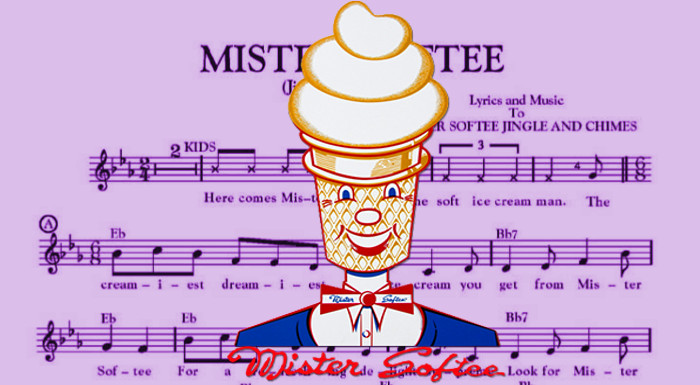 According to the official sheet music, the familiar Mr Softee jingle was written in 1960 and is titled "Mr Softee Jingles and Chimes."

Hard to know what would be weirder: hearing this sung, or hearing the tune without the weird dopplering of an ice-cream truck that doesn't see you running after it and is slowly gaining on you.

The creamiest, dreamiest soft ice cream
You get from Mister Softee
For a refreshing delight supreme
Look for Mister Softee

The creamiest, dreamiest soft ice cream
You get from Mister Softee
For a refreshing delight supreme
Look for Mister Softee