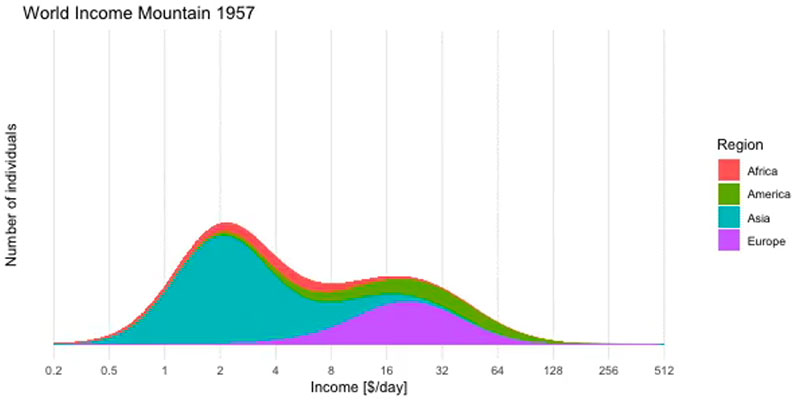 Inkoativ charted income per day against population and animated the "mountains" that result for each continent. Click through to watch the developing world, well, develop. [via Data Is Beautiful]