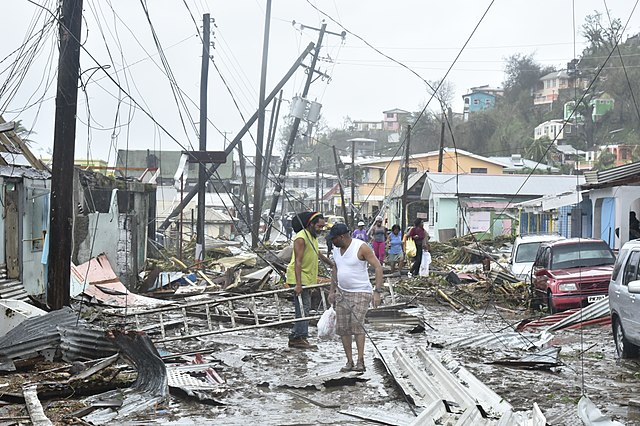 I think we can safely say that the United States government's response to the humanitarian crisis in Puerto Rico in the wake of Hurricane Maria was a rolling clusterfuck. Cronyism, red tape and terrible management practices on the part of FEMA, the National Guard and, in many cases, ill-equipped private contractors, turned what should have been a swift government controlled cleanup and restoration effort into a miserable quagmire. Many Puerto Ricans, a year after having their lives torn apart by hurricane-force winds and flooding, are still without permanent housing.

Difficult as it might be to believe, the ineptitude at every level of the government, both federal and territorial, has reached a new low. This past week, a large cache of donations--10 semi trailers full of medical supplies, diapers, food and water--that should have been handed out to Puerto Ricans in need of sustenance and other necessities, was found by an employee of Puerto Rican radio station Radio Isla. In a video taken by one of the radio station's employees, it's apparent that the supplies were left to rot.

The Adjutant General of Puerto Rico, Brig. Gen. Isabelo Rivera, explained today that the merchandise stored in containers at the State Election Commission facilities, related to the collection center to help the victims of Hurricane Maria, will finish with its distribution in the next few days.

The Adjutant General explained that most of the donations handled by the National Guard were already distributed but a small part of the merchandise had particular problems for distribution mainly because of the expiration date of the food.

This would almost be acceptable, so far as bullshit excuses go, were it not for the fact that the National Guard had ceased their Puerto Rican aid efforts this past May.

When the National Guard left, no other organizations bothered to take over the distribution of the donated supplies that they left behind. At least that's what those who should have been involved are claiming.

United for Puerto Rico said it had no knowledge of the containers and had nothing to do with them. In a statement, the National Guard said the container captured on video was being used to hold food that had arrived after its expiration date, and had not been held back from distribution in order to protect peoples’ health. However, the video also showed cases of water, which was also in short supply at times after the storm.

Yeah, pass that buck. But for Gawd's sake, don't pass along those supplies.

Cutting through the vertical bollards in Trump's "virtually impenetrable" wall takes mere minutes, using a $100 reciprocating saw and "extreme metal cutting" blades that sell for $10-15; once cut, the length of the bollards provides leverage to wall-cutters so they can be easily bent to allow a person to pass through them, and afterwards, the […]

In 2017, Brazil's "anti-corruption task force" secured a conviction against the incredibly popular former president Luiz Inacio Lula da Silva, who had enacted a series of reforms that addressed the country's longstanding issues of corruption, racial discrimination and inequality.