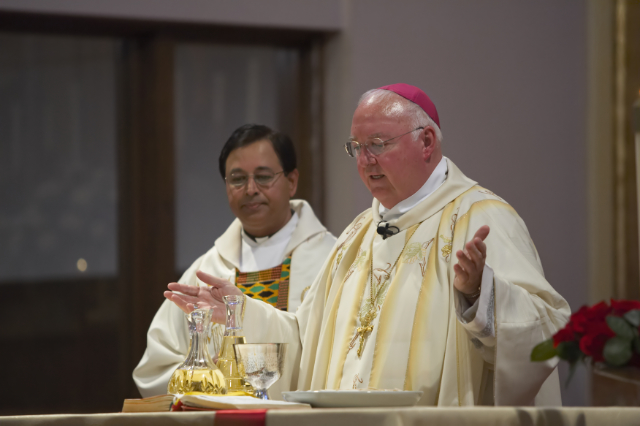 A couple of years back, the Most Reverend Patrick J. McGrath, Bishop of the Diocese of San Jose, California, wrote an impassioned missive. In his letter, Bishop McGrath acknowledged the Catholic charities working to better the lives of the less fortunate. He emphasized how important it was that Catholics "vote their consciences" on Measure A: a proposal that would see affordable housing in an effort to end homelessness in the area and give struggling families a much-needed helping hand.

From The Valley Catholic:

Too many veterans have vouchers for affordable housing but no place willing to accept them. Too many children and families are living in cars or tripled up with other families in small homes because they can’t afford the rent on their own. Too many of our own teachers and workers commute long distances to serve our community of faith because they cannot afford ever increasing rents and housing prices.

He was right: everyone deserves the dignity of decent housing. That a community leader, like Bishop McGrath, would lend his voice to end this kind of bullshit, is both just and welcomed. It's how things should be.

So of course, the Bishop and the diocese fucked all of the good will built by this statement by buying a five bedroom house worth $2.3 million for McGrath to live in once he retires.

You should know that not all priests, which sometimes become bishops after decades of service and political finagling, take vows of poverty. Only certain religious orders within the Catholic Church are down with that. The short version of where McGrath is at is that diocesan priests promise to live in chastity and respect their superiors. In that light, opting to live in a 3,300 square foot multi-bedroom home on what's described by The Guardian as having a grand-sized chef’s kitchen, soaring ceilings and luxurious master ensuite with a spa-like marble bathroom, and a gorgeous outdoor spread, reminiscent of Tuscany.

That the house is located near Silicon Valley makes all of this a steal, I suppose. It's definitely more than those families living in cars or forced to take long commutes that Bishop McGrath wrote about could ever afford. Maybe he's planning on letting some of those folks live in his extra four bedrooms. Hell, if the house's bathroom is as big as it's said to be, you could camp another family in there, too.

Even McGrath knows that living in the house is shitty. He told The Mercury News of San Jose that he could see how living in all that luxury, in spite of the diocese's mission to aid the poor and disenfranchised, might piss some of his Priest's parishioners off. The Diocese's administrative types? They know that it's shitty, too.

It was purchased with funds set aside for paying the costs of a bishop’s housing and upkeep after retirement, said the diocese’s communications director, Liz Sullivan. She said the diocese was “following the policy set forth by the United States Council of Catholic Bishops” in purchasing the home.

Further to this, they bought the Bishop's new digs by selling an old condo that the last retired Bishop had lived in. Reading between the lines, the Diocese had the opportunity to take a large lump of money and use some of it to help the poor, like they were all hoping that Measure A would. But nope, they spent it on a big house for one old man. According to The Guardian, McGrath swears that the money was part of a fund that couldn't possibly be used for anything else. And besides, it's cool: when he dies, the Diocese can sell the house: "It’s a good investment in that sense. It probably makes more money this way than if it were in the bank.”

Look, I'm not attacking anyone's faith (except for McGrath's, maybe), upbringing or any personal beliefs that help to get them through the day. The world is a terrible place that devours dreams and leaves too many of us bleeding in the gutter from a kick in the head. You need to believe in something. If it hurts no one else and brings you and those you love comfort, no one has the right to take that away or crap on it. I do however, have a problem with this sort of duplicitous bullshit, no matter if it comes from a purportedly holy man, a trusted mentor or our elected officials. Those who support such people in their self-serving climb to the top? Screw them too: the administrators, lawyers, guards – anyone too focused on following orders to bother looking up to see what's being done to people that had hoped for so much and were given so little. This is the very stuff that is ripping our society apart. It's what will do us in.