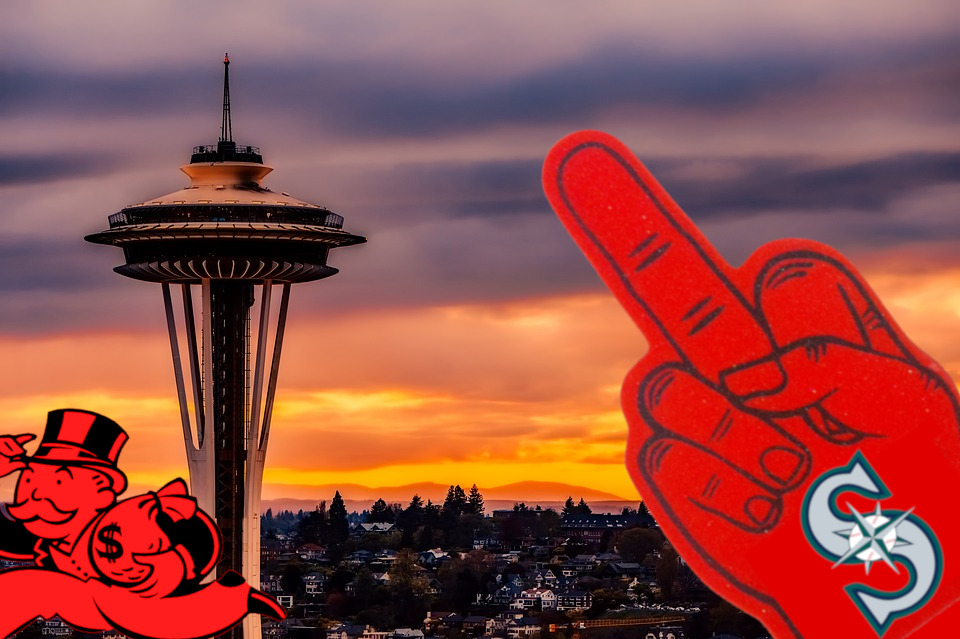 The amendments mean huge cuts to the county's other line-items. For example, funding to promote tourism (which generates the taxes being diverted to the Mariners) was cut from over $100MM to $8MM.

A series of other amendments attempted to get some value for King County taxpayers in exchange for this corporate welfare — for example, making the Mariners split the $100MM-$300MM naming rights with the public purse — and every single one was defeated.

The council votes all split 5-4, with the majority remaining the same in every instance — at one point, one of the majority councilmembers corrected a colleague who absentmindedly voted against the bloc, and the colleague swiftly changed his vote.

"I am profoundly disappointed," Dembowski said. "The foundation of this legislation was put together in a room behind closed doors and rolled out in the middle of a hearing without any public opportunity for comment. We had a dozen other amendments shared for the first time while we were on this dias. I think it says something about what's going on with the ultimate result. It's not the best product that we are delivering. I will be proudly voting no."


Kohl-Welles felt similarly. There was also a foreboding feeling among the dissenters; this will not play out well with voters in the future. To them, this decision will whittle down the trust of the taxpayer and the council will see it the next time they need to pass legislation.

"I predict that people who are voting for this today are going to regret it," Kohl-Welles said. "This is not going to be received well I anticipate with our taxpayers, with our voters. It certainly not sitting well with me. Be that as it may, it looks like it is a done deal and we'll have to live with the consequences."