During the Kavanaugh hearings, House Republicans voted in a $3.1 trillion tax cut for the rich 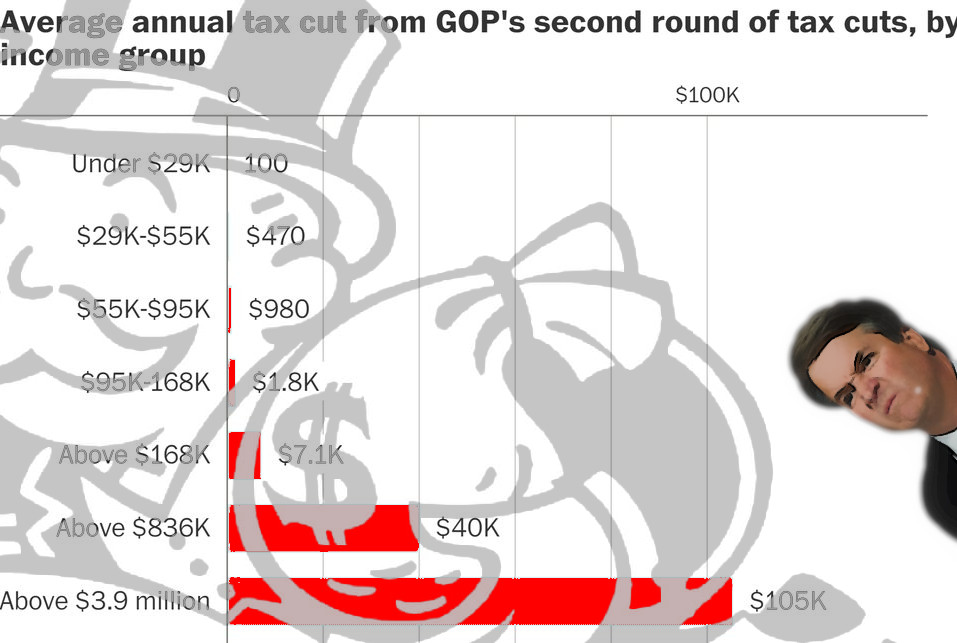 Tax Reform 2.0 was rammed through the House at the literal exact same moment that everyone in America was watching Brett Kavanaugh caper and gibber for the US Senate.

It's a tax gift of $3.1 trillion over ten years, with the major beneficiaries being those with more than $3.9 million in annual income.

The cuts will still have to pass the Senate.

In House debate on the bill, Democrats continued to denounce the existing tax law and new proposal, and repeatedly pounded on their impact on the mounting $21 trillion deficit. The Republicans will seek to fill the hole by cutting deeply into Medicare and Social Security, Democratic lawmakers warned.

"This is all borrowed money that will go to corporations and high-income earners," said Rep. Richard Neal of Massachusetts, the senior Democrat on the Ways and Means Committee. The new legislation "is another reckless tax cut for the wealthy that leaves behind average, hardworking families."