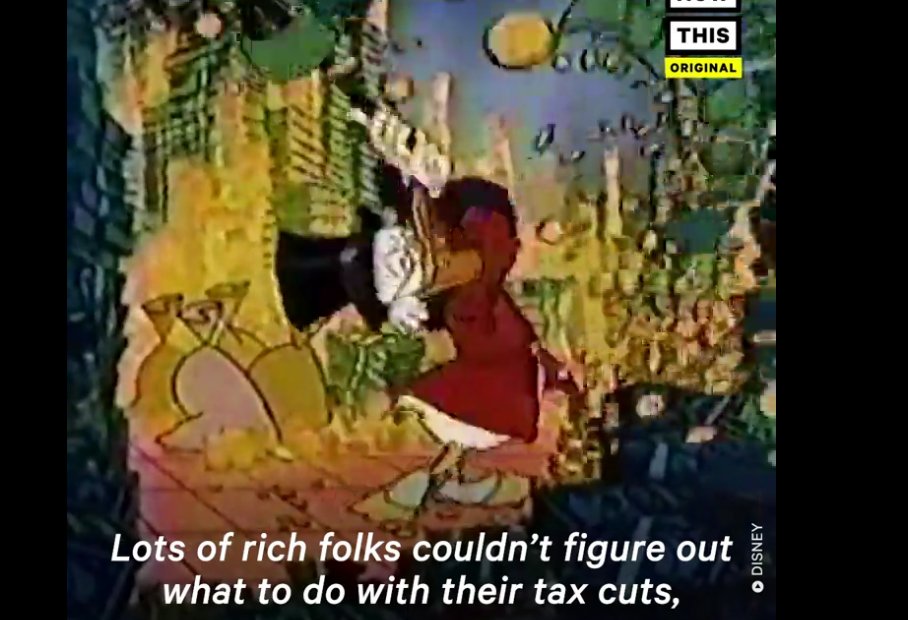 Abigail Disney is Walt Disney's grand-niece; she is an activist and documentarian and being the grand-daughter of Roy Disney, she is rich as hell.

Despite her personal stake in Trump's tax cuts, she made this amazing call to action to vote the Republicans out and end the raging movement of money to the super-rich from everyone else in America.

It's a fantastic video.

This Disney heiress is taking a stand against the GOP tax bill — even though she’s going to benefit from it pic.twitter.com/E5bmcI83mU