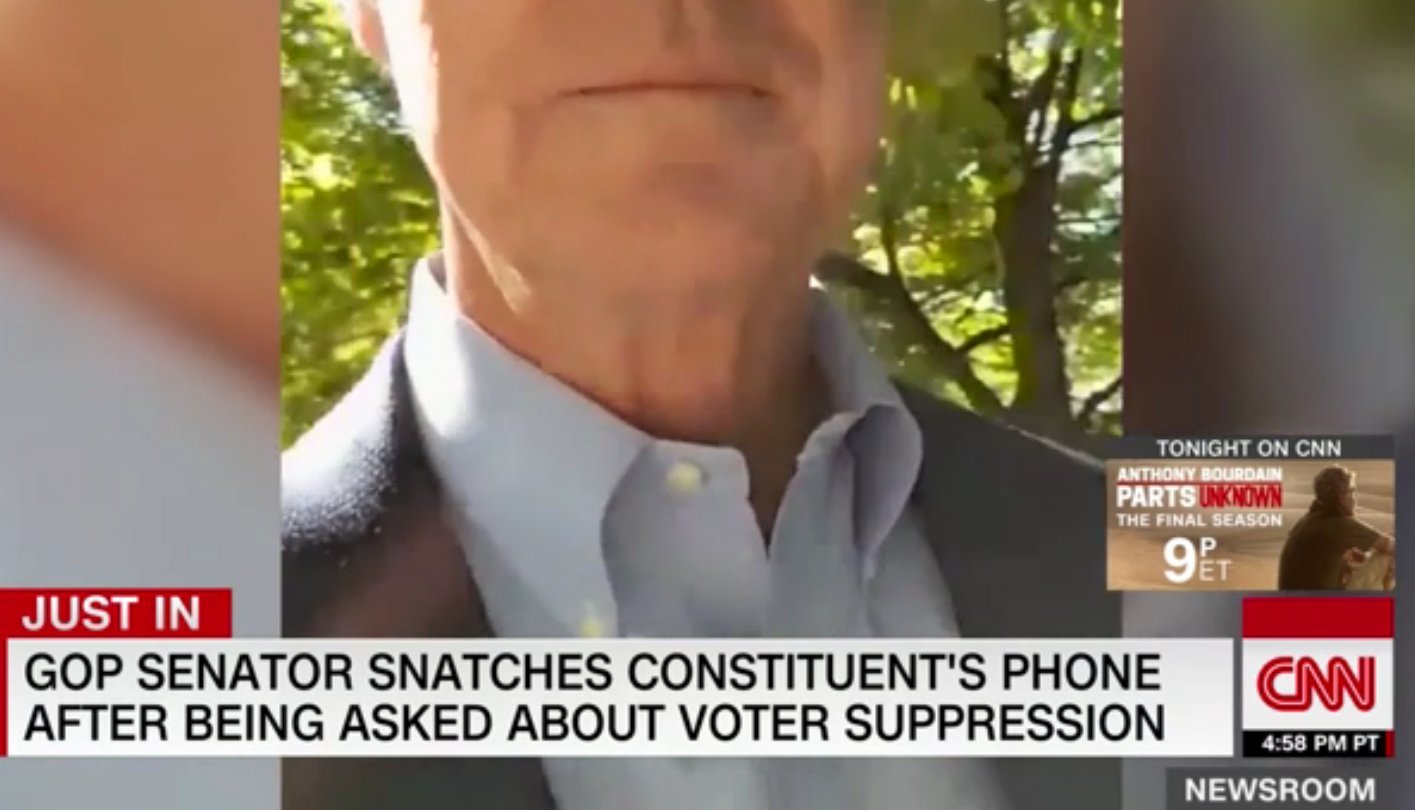 US Senator David Purdue (R-GA/@sendavidperdue), a grown-ass human being elected to high office in the most powerful nation in the land, was asked a question about Brian Kemp, who is both a (monumentally unhinged) candidate for governor of Georgia and Georgia's Secretary of State, in charge of overseeing the election in which he is standing.

In that latter capacity, Kemp has purged 10% of the state's voter rolls comprising 53,000 people, 70% of whom are Black.

One of Purdue's constituents asked him a question about his endorsement of Kemp in light of this blatant, illegal voter suppression, whereupon the senator stole his constituent's phone and walked away with it.