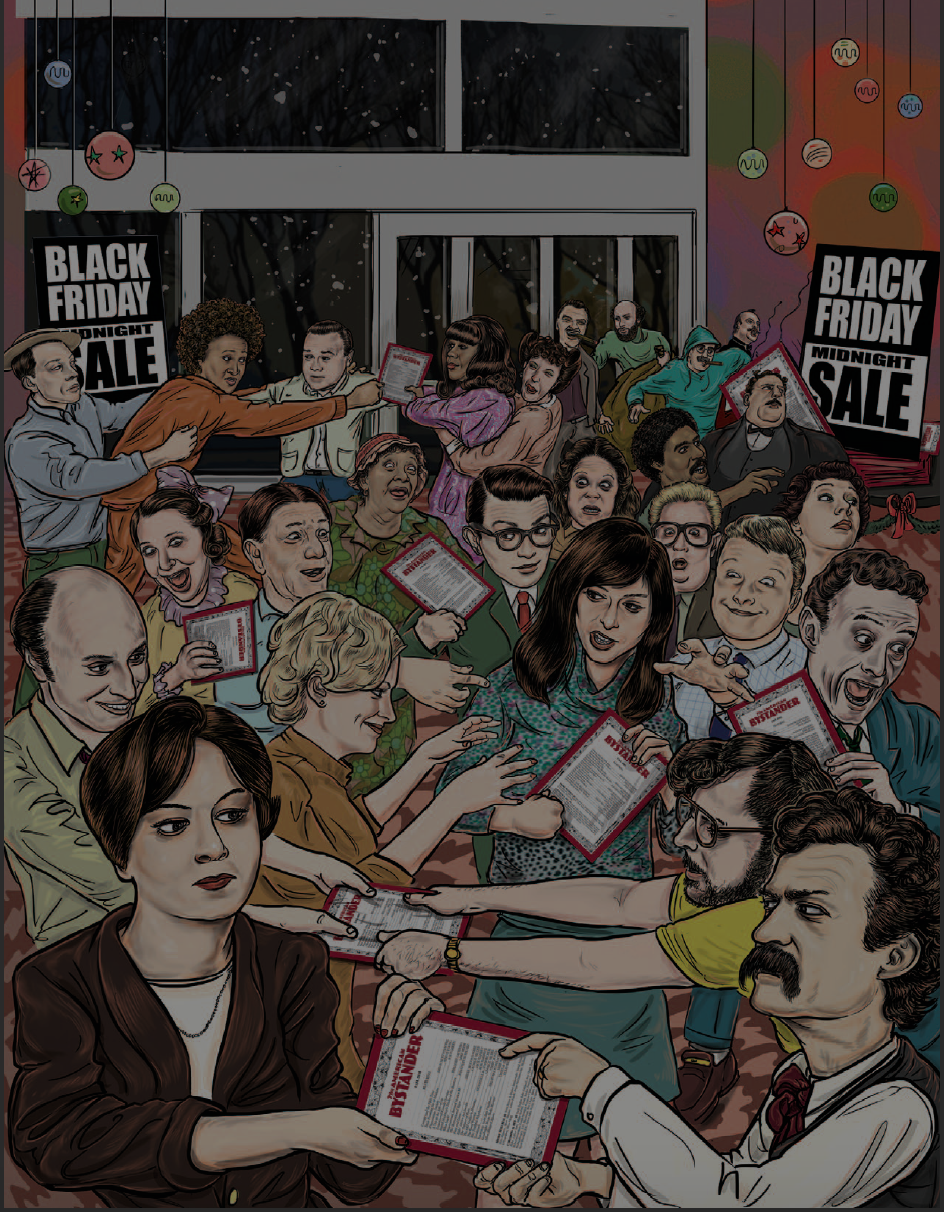 When the guy picked up, he was as nice as pie. "I gotta tell you," he said, "this magazine looks great. Really funny, too."

"Thanks," I said. "We have some wonderful folks. New Yorker, SNL, Simpsons people."

"No, our presses can do it, it's just — well, this is a family-owned business, and the family, they're really Christian, and... I don't think they'd approve."

I was really surprised. You guys know what we print: hardly controversial stuff, especially to anybody who's ever read R. Crumb or The National Lampoon — or, for that matter, browsed the internet for fifteen minutes. "Wow, [name hidden to preserve the innocent]. That is the first time anyone's ever said that. Was there anything in particular in issue #5 that — "

"No, no, it was nothing in particular," he said, audibly squirming. This wasn't any more fun for him than it was for me. "It's just...We have high school kids working here — I mean, I would print it. I thought it was great. It's just that the owners — if they found out, it would be my job." He paused, feeling lame. "The kids — "

On his Pluralistic blog, Cory Doctorow reports that the Zoom teleconferencing system purportedly uses artificial intelligence to detect naked people to block the video. He says “I think that Zoom is probably bullshitting about using machine learning to catch nudity.” That makes sense, because how can you detect the content of a video stream if, […]