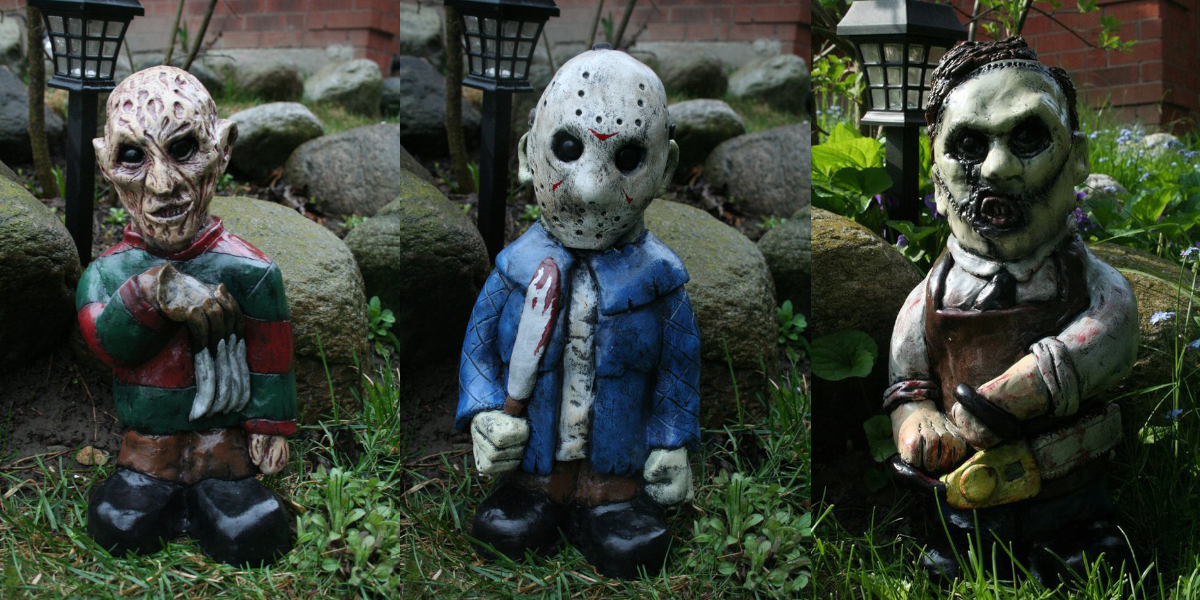 Enter Casper and Sadie Revenant's handmade Garden Nightmares. They're kind of like garden gnomes but much scarier. Each one is inspired by famous horror flicks' bad guys.

They're not-officially-licensed creations so they have names like the "Springwood Terror - Nightmare" (read: "Freddy Krueger") or the "Crystal Lake Slasher" (Friday the 13th's "Jason Voorhees") or the "Texas Chainsaw Butcher" ("Leatherface") and so on.

The Garden Nightmare statues stand a foot tall and cost $55 each. They can be ordered from the RevenantFX website or from their Etsy shop.

Previously: Someone put this Jason Voorhees statue under a lake to freak out divers

It’s only a matter of time before Disney owns every piece of intellectual property on the planet. And when that day comes, we’ll likely be treated to adorable reboots of gory, existential classics. In the meantime, we’ll have to settle for Swedish cartoonist Daniel Björk’s imagined versions of the inevitable future. View this post on Instagram […]

Friday the 13th’s bad guy Jason Voorhees can’t die but he can be chained under a lake near Crosby, Minnesota. Dread Central reports: Remember the end of Friday the 13th Part VI: Jason Lives where Megan and Tommy manage to trap Jason in the bottom of Crystal Lake? Well, it seems that some random person […]