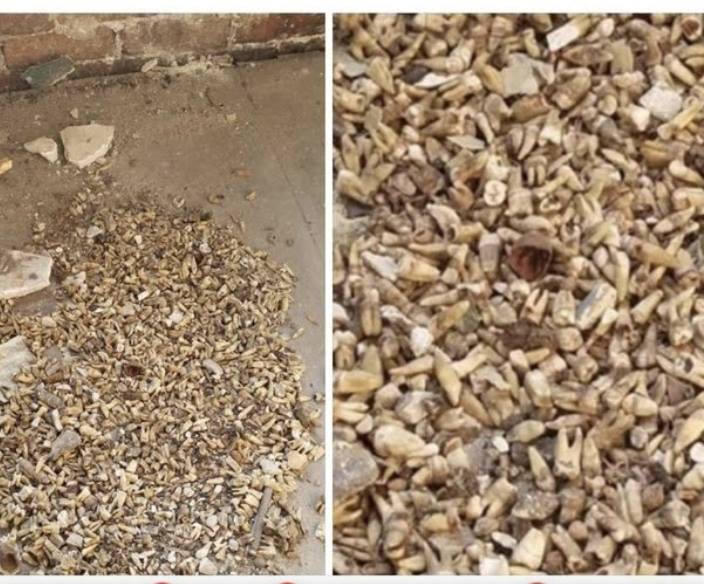 For at least the third time, construction workers in Georgia have opened up the walls of a former dentist's office only to discover thousands of teeth in the wall cavity.

The latest discovery was made at Valdosta, Georgia's TB Converse Building, built in 1900, in a dental office occupied by Dr Clarence Whittington and then Dr Lester G Youmans, from 1900 until the 1930s.

Previous troves of entombed teeth have been discovered in old dentists' offices n Greensboro and Carrolton.

“I’m not sure if it was a common practice between dentists at that time, but it’s very strange that there were two other people that said, ‘Hey, we’ve had that happen, too,’” she said.

"The museum would be pleased to receive the teeth; however, it has not been officially confirmed to us that they would be offered," he said.

VPD Lt. Adam Bembry said nothing has been reported to the police department as of press time.