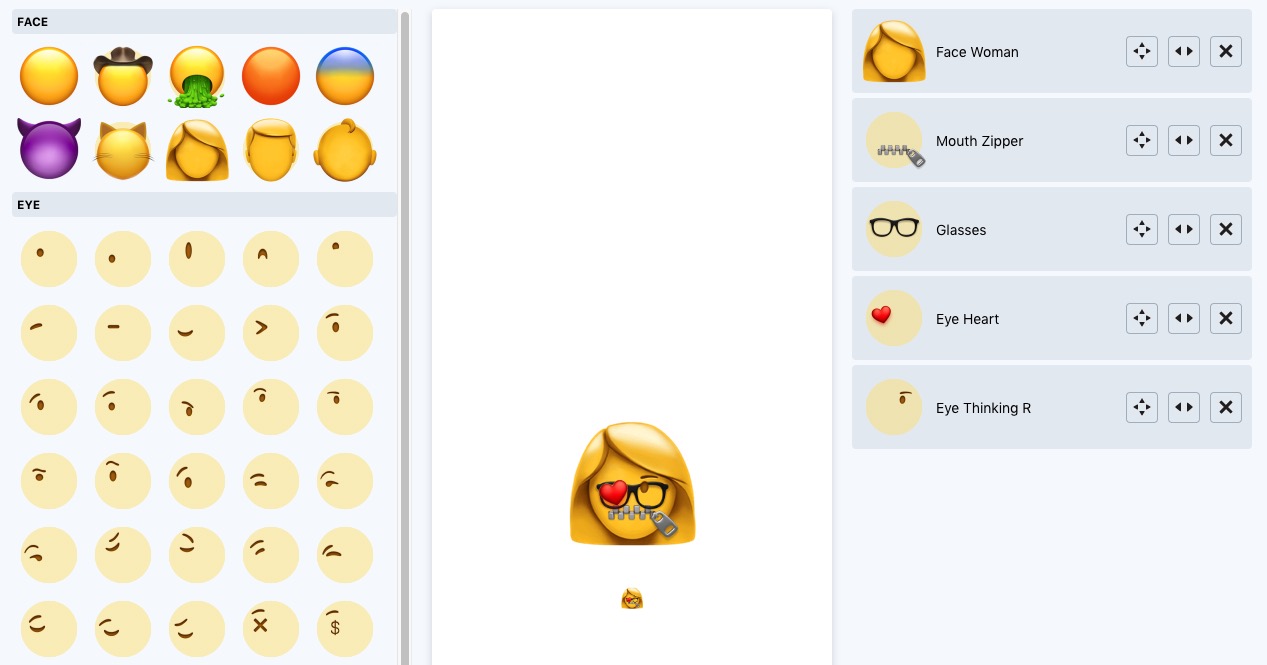 Emoji Builder is a website that lets you make your own emojis. You can also simply click "randomize" and see what you get:

"crying cat face with tongue hanging out and money eyes" -- For those times your cat eats your $800/ounce Loud Dream strain, thinking it's catnip.

"angry happy face with cowboy hat and wavy mouth" -- When you find out you've run out of Skoal, but you have been planning to quit smokeless tobacco anyway.

"angry nerdy happy face with open eye" -- It's 3:17am, I'll play one more Splatoon turf war then stop, I promise.