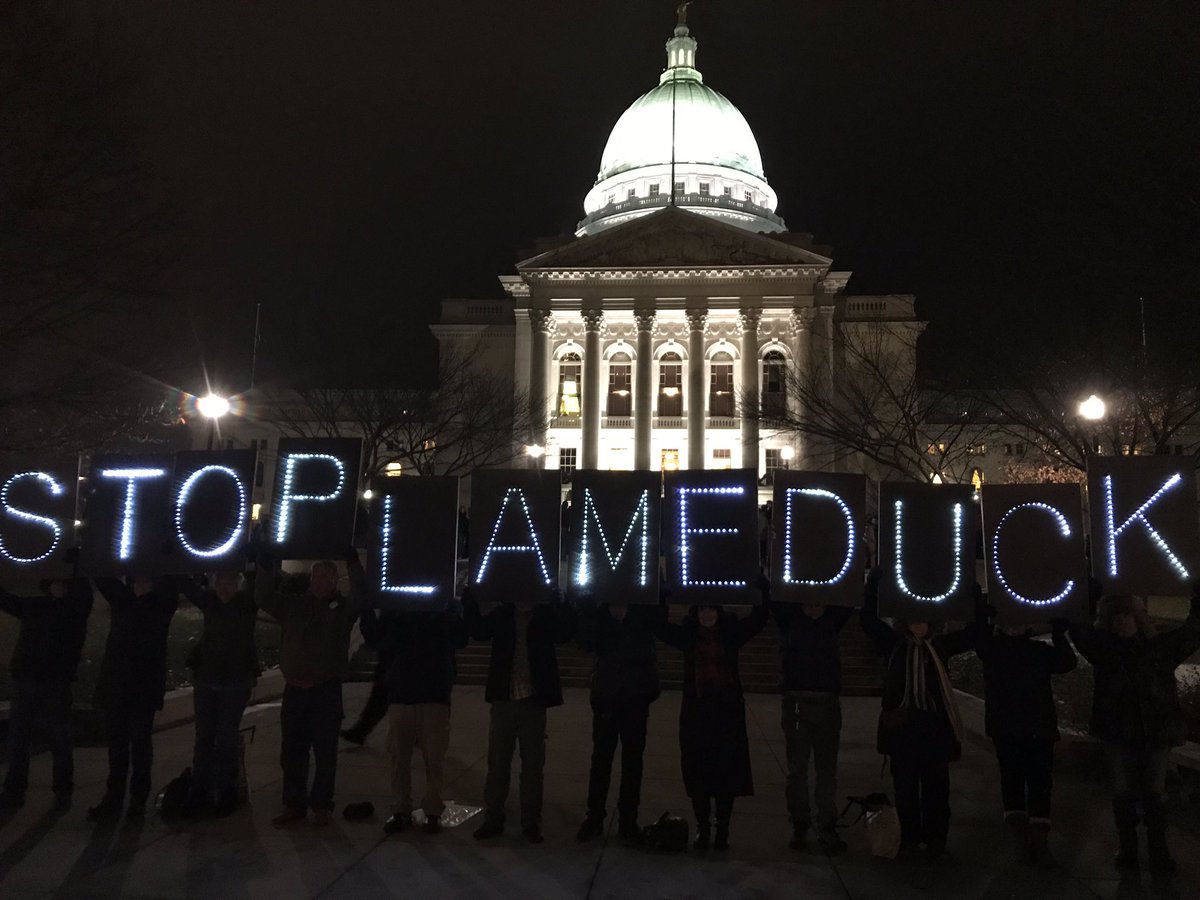 8 years after Scott Walker and his Koch-backed GOP used voter suppression and gerrymandering to steal control over Wisconsin, Wisconsites finally pried his crooked ass out of the governor's chair, but Walker and Co want to blow up the state on their way out.

The lame-duck session of the Wisconsin legislature is about to pass a suite of undemocratic and illegal reforms to the state's legislative and regulatory system that will allow them to steal a state supreme court seat (their nominee is a homophobic bigot who says that affirmative action is indistinguishable from slavery), gut the power of the attorney-general to reverse the state's subversion of Obamacare and poisoning of Medicare, and even force the capital to allow firearms.

Last night, thousands of Wisconsinites protested outside the capital -- after the GOP sponsors of the bill failed to turn up and testify in favor of it -- in subzero weather.

Michigan is in the same boat, and there, too, anger is roiling in the streets and around the capital.

The GOP takeover of Michigan murdered the city of Flint and poisoned its children; the takeover of Wisconsin gutted the state's treasury and handed billions to a Chinese company that reneged on its job-creation promises. The wreckers were finally ousted, but they're blowing up the states on the way out.

Michiganders and Wisconsinites have shown incredible, indomitable spirit throughout this nightmarish time, and they're not giving up. We've got your back, Michigan and Wisconsin!

Apparently lacking the courage to speak on behalf of their legislation—or fearing the immense grassroots backlash—the bill's Republican sponsors didn't bother to show up to the lame-duck hearing.

Unlike some of their representatives, thousands of Wisconsinites braved the freezing weather and turned out in force, crowding the inside of the capitol building with chants of "Respect our vote!" and rallying outside to denounce the Republicans' last-ditch power grab.