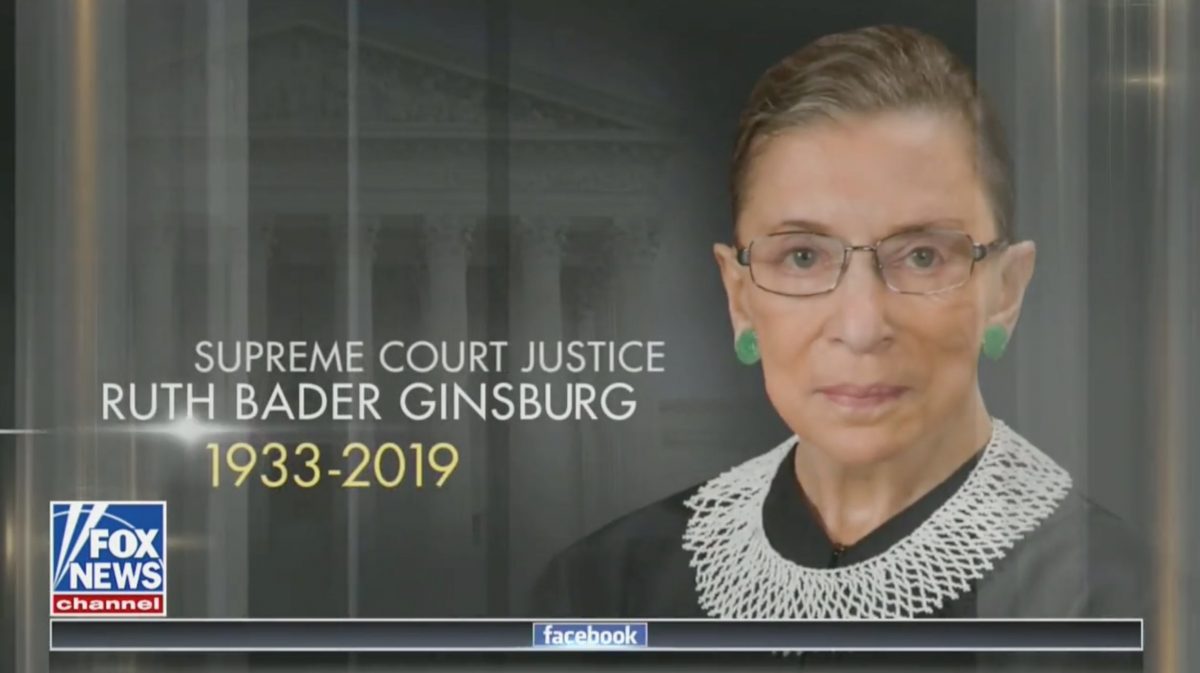 As the show came back from commercials, they briefly showed a graphic of Ginsburg with the caption 1933-2019.

It's established journalistic practice to have pre-written graphics and obits and whatnot ready to roll for famous people. But having them floating around in production databases and content management systems, one click of a "Publish" button from disaster, is a common mistake.