The Curse of Bigness: Tim Wu channels Brandeis on Big Tech (and Big Everything Else) 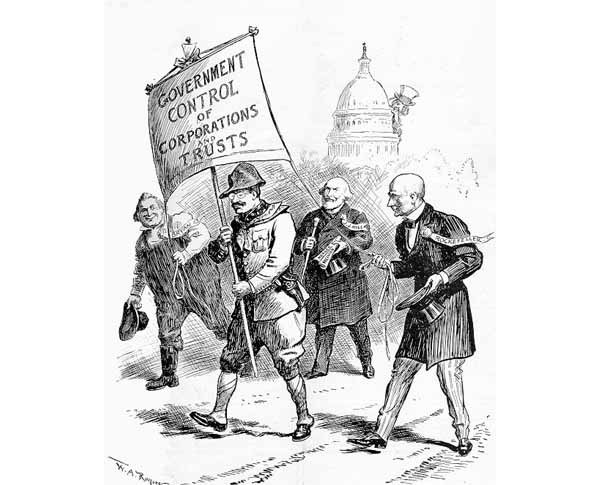 Tim Wu (previously) is best known for coining the term "Net Neutrality" but the way he got there was through antitrust and competition scholarship: in his latest book, The Curse of Bigness: Antitrust in the New Gilded Age, Wu takes a sprightly-yet-maddening tour through the history of competition policy in the USA, which has its origins in curbing the near-limitless power of the robber barons in the name of creating a pluralistic, open society where anyone could participate, only to have this vision perverted by extremists from the Chicago School, who sold (with the help of wealthy backers) a wholly fictional version of what Congress intended with its antitrust rules. According to Chicago's version of things, the only thing antitrust should concern itself with is the highly technical and speculative question of "consumer harm" (in the form of higher prices) and not competition itself.

Wu comprehensively demolishes this revisionist history, tracing the American ideal back to the era of smallholder farmers, each working a small plot, mildly suspicious of authority, believing in a nearly limitless land that could never be dominated by a single player (there are eerie similarities to the early days of the internet here!), and then through the era of the trusts and the robber barons, and their self-serving ideology of "efficiencies of scale" that were proved to be a lie, and whose grotesque failures and abuses gave rise to the trustbusters and the breakup of the monopolies.

In Wu's account, trustbusting became a temptation to mischief, with grandstanders and petty martinets using it to frustrate all sorts of legitimate ends, which created fertile soil for the Chicago School's storytellers to grow their wholly fictional account of the legislative intent of the antitrust laws. What followed was every evil of monopoly: a world denuded of variety and competition and possibility, gross inequality and the accumulation of power into a few greedy hands, instability and chaos.

Wu makes the case for a return to antitrust's roots -- and gets to some very specific recommendations in the final chapters -- by invoking these horrors, and also by invoking the fears of Marxist or anarchist uprisings that created the space for the antitrust enforcers of the first Gilded Age to operate in.

Like other pro-competition writers Wu wants to rescue capitalism from its own worst impulses, not replace it with something more futuristic, and his lumping in of post-market economics with far-right and authoritarian movements makes this book feel a little timid. But that's OK: Wu's positioning himself as a voice of reason here, not a bomb-thrower.

Other people have come to similar conclusions as Wu, but none in such a short and easy-to-digest form. Wu's gift as a communicator of difficult technical and legal ideas is in full evidence here. Don't let the little package fool you: it's a book with a big punch.