The Myth of Capitalism: an ardent capitalist decries monopoly 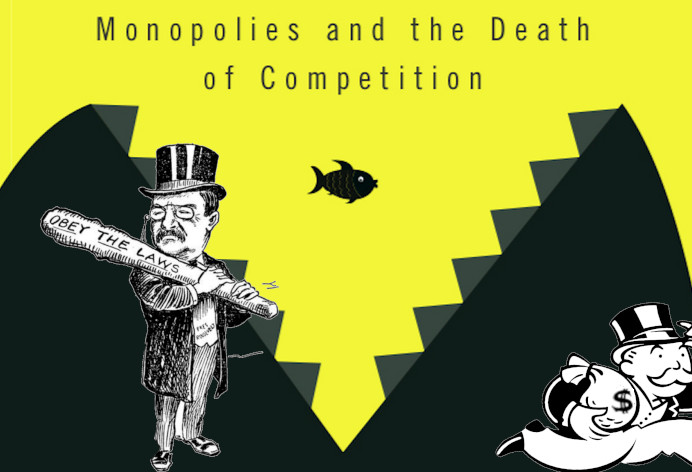 Naked Capitalism's John Siman reviews Joanthan Tepper and Denise Hearn's The Myth of Capitalism: Monopolies and the Death of Competition, in which Tepper (who does research that is sold to asset managers) condemns capitalism's current state while rejecting Thomas Piketty (who says that capitalism inevitably elevates the already-rich, not the people who create wealth by doing useful things) and Karl Marx.

Like Piketty, though, Tepper seeks to rescue capitalism, rather than jettison it. Piketty prescribes a global wealth tax to erode inequality and make it possible for governments to create evidence-based, pluralistic policies that benefit the many, not the few, while Tepper jumps straight to those policies: specifically, Tepper wants to reinvigorate antitrust and break up monopolies and oligopolies, and ban anti-competitive behavior.

This is an increasingly mainstream position, but, based on Siman's review, it's safe to say that Tepper makes it very well: from his vantage-point as a researcher serving the highest fliers of the finance industry, he is well-positioned to document the sleazy deals that monopolists make to carve up markets rather than compete in them, and the way that we all suffer as a result.

Tepper catalogs the 29 worst rigged markets (while noting that there are many others), from ISPs to online services to milk to funeral homes to dialysis to eyeglasses to airlines to tax-prep to health insurance to agriculture to the media.

And, contra Peter Thiel and the Chicago School, Tepper explains in fine detail how monopolies create disefficiencies of scale, performing worse than smaller companies, and retaining their position not by doing best in the market, but by rigging the market to crush new entrants.

Tepper takes particular aim at California: simultaneously rich in GDP, but with worse poverty than Mississippi, and also a state dominated by monopolies who make the rich richer and everyone else poorer, and who control the state's politics.

Tepper uses an analogy to “Lucky” Luciano’s Mafia Commission of the 1930s to explain how contemporary American corporations divide up the turf in order to rid themselves of any real business competition (pp. 21-22). He uses an analogy to a brain-eating tapeworm to illustrate how the extreme concentration of industry has a literally parasiticeffect on our economy: “Monopolies and oligopolies won’t kill the economy, but they can cripple it” (p. 36). Tepper sarcastically notes that when Walgreen’s tried to buy up all of RiteAid’s stores, the Department of Justice, being “unusually bold,” allowed Walgreen’s to acquire only half of RiteAid: “The appropriate analogy here is of disapproving parents who dislike their son’s coke habit and tell him to settle for half a line” (p. 116). The title of Tepper’s chapter seven is “What Trusts and Nazis Had in Common.” He mentions in passing that “workers at the Securities and Exchange Commission spent their time watching porn while the economy crashed during the Financial Crisis” (p. 116).

The sensitive reader will feel morally obligated bear some of Tepper’s burden of exhaustively-researched outrage, but will also fear being, as I was, overwhelmed by it. My recommendation is to begin with Tepper’s chapter six, felicitously entitled “Toll Roads and Robber Barons.” Study chapter six. Digest chapter six. In it Tepper presents a catalog of the extent of — the ubiquity of — the hypertrophic concentration of industry in neoliberal America. “If you’re not outraged by the time you get to the end of the chapter,” Tepper writes, “you weren’t reading carefully. Most industries have carved up the United States with the sole purpose of screwing the consumer” (p. 116).