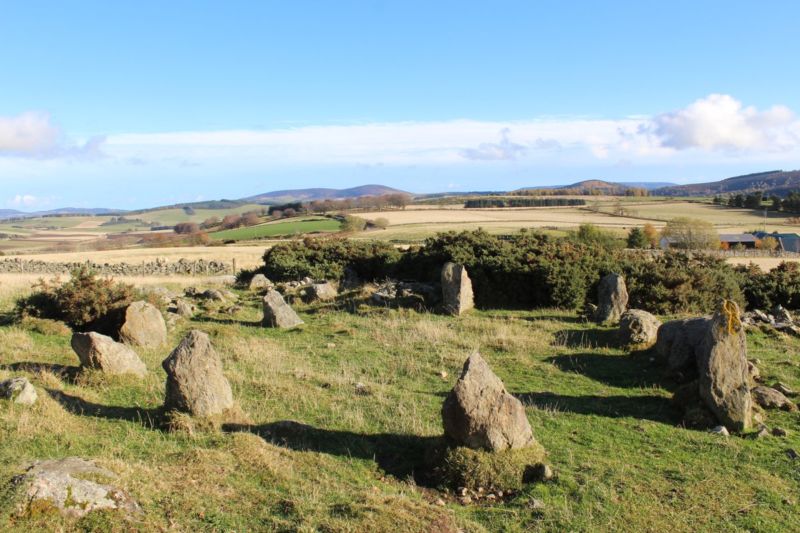 Aberdeenshire Council said that a stone circle thought to be of ancient vintage was in fact built in the 1990s.

Neil Ackerman, Historic Environment Record Assistant at Aberdeenshire Council, said: “It is obviously disappointing to learn of this development, but it also adds an interesting element to its story.

“That it so closely copies a regional monument type shows the local knowledge, appreciation and engagement with the archaeology of the region by the local community.

“I hope the stones continue to be used and enjoyed – while not ancient it is still in a fantastic location and makes for a great feature in the landscape.

“These types of monument are notoriously difficult to date. For this reason we include any modern replicas of ancient monuments in our records in case they are later misidentified.

Sounds like a great place for events that would not normally be acceptable at a neolithic monument.

You’ve probably not heard of Frank Scurlock, bounce house magnate and onetime mayoral candidate in New Orleans. Even an amazing news story about him, published two years ago, did not quite attain the heights of virality. By suing the newspaper and reporter who published and wrote it, however, Scurlock has ensured that a vastly greater […]