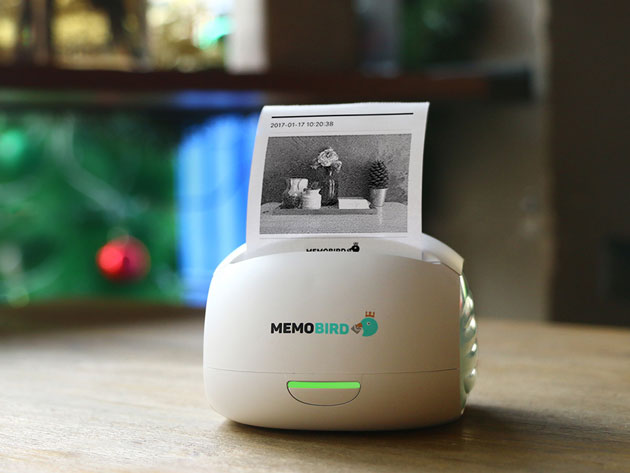 Just a reminder: Print isn't dead. And now that printers are becoming as portable as cell phones, it might be around for quite some time. Enter the MEMOBIRD Mobile Thermal Printer, a mini-printer that is versatile, portable - and most importantly, never needs a refill on ink or toner.

Measuring just a few inches around, the MEMOBIRD can go anywhere and is compatible with pretty much any device. From your laptop, phone, desktop or tablet you can send reminders, grocery lists, memes for the office wall or keepsake photos - even stickers, with the right paper. It can receive through WiFi or through Bluetooth, making it equally perfect for families on the go or tech-phobic grandparents. And since it prints with heat on thermal paper, there's no need for those messy (and expensive) ink cartridge refills.