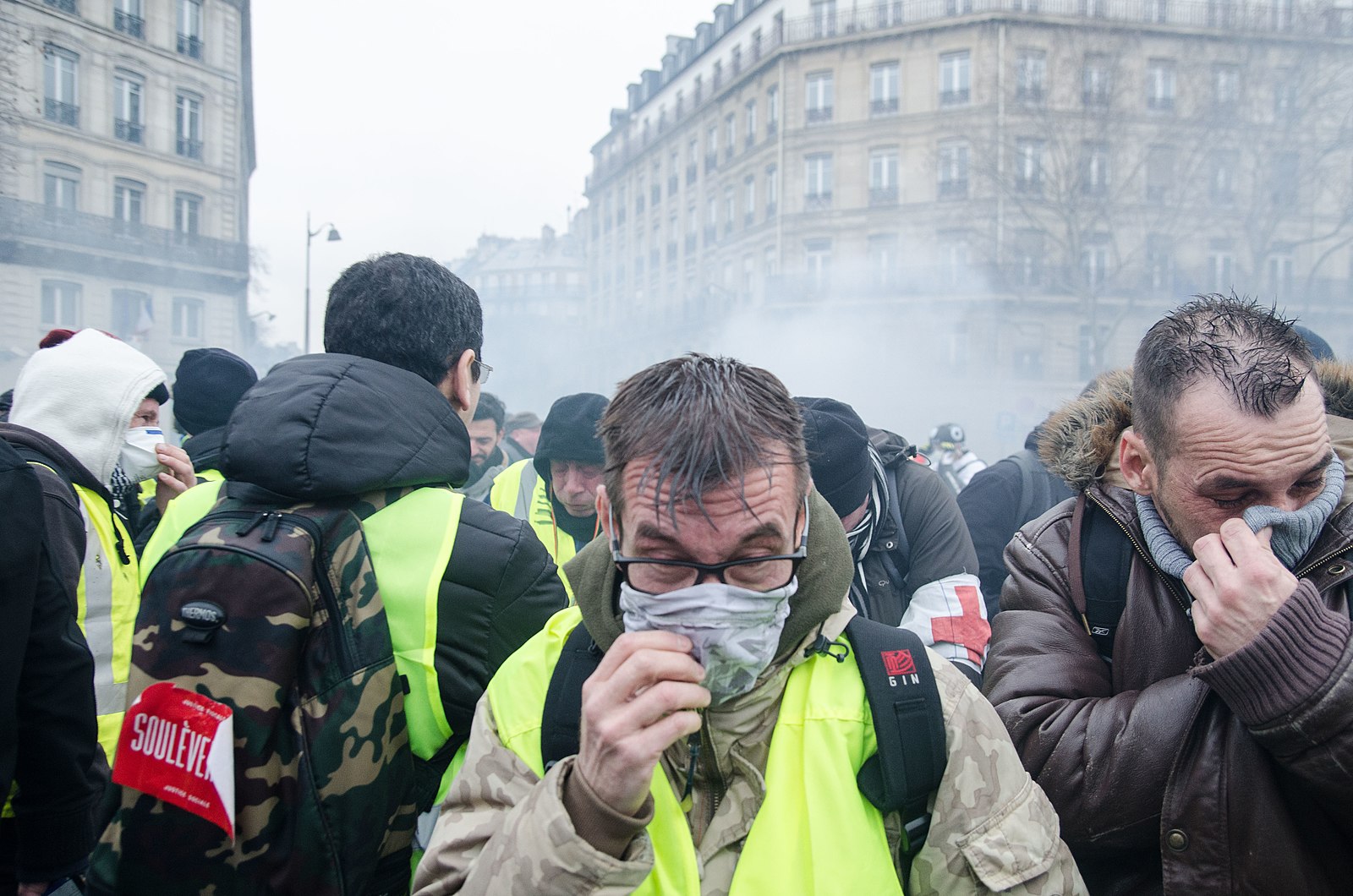 The Yellow Vest movement, like a lot of anti-establishment movements, is a complex phenomenon, filled with both right- and left-wing elements, changing character from place to place and even day to day.

You have German Yellow Vests decorating their outfits with neofascist slogans and Qanon memes, Irish Yellow Vests protesting corruption and demanding legal weed; and more, from Baghdad to Alberta (the largest Yellow Group protest to date was in Taipei!).

On Opendemocracy, Rob May, a doctoral candidate from Sheffield University who studies the far right, chronicles the right wing elements of the Yellow Vest movement, and analyzes how existing far right movements are colonizing and co-opting Yellow Vests, and just how contested the Yellow Vest symbol has become.

Supporters of the English Defence League (EDL), an Islamophobic organisation founded by Robinson, have also made themselves visible at rallies. Speakers have addressed crowds to call for Britons to fight for Christianity against foreign cultures and religions. Some demonstrators have decorated their yellow vests with aggressive and offensive slogans or messages. For example, ‘F**k the Police F**k the Government F**k the EU’, ‘Left-wing scum: Merkel, May Macron, Corbyn Go To Hell’ and – presumably in reference to Asian grooming gangs – ‘protecting our children does not make us far right. It makes us just right.’ At present, each rally is attracting numbers in the low hundreds. Unsurprisingly, clashes have occurred between the radical right ‘yellow vests’ and both the police and the left-wing ‘yellow vests’.

The future of the ‘yellow vest’ movements is difficult to predict. If the ‘yellow vests’ in France continue to protest in vast numbers – 2 February marked the twelfth consecutive weekend of demonstrations when between 10,000 and 13,800 people protested in Paris, with thousands more in Tours, Valence, Marseille, Bordeaux, Toulouse, and other French cities– and therefore sustain the interest of the mass media, the ‘yellow vests’ are likely to continue in other countries, and the radical right will continue to adopt the uniform for its own purposes. iv>

The Yellow Vest phenomenon and the radical right [Rob May/Opendemocracy]