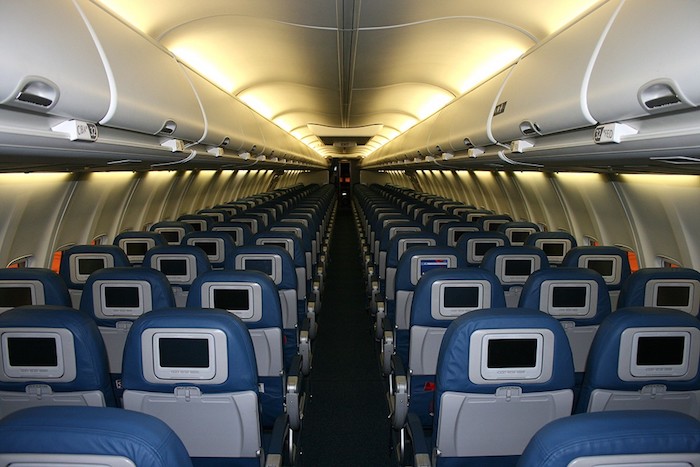 One lucky fellow flying from Lithuania to Italy had a Boeing 737-800 all to himself.

A travel agency had bought up all the seats in the plane, thinking it would charter the plane for a group that was headed back to Italy. But only one man – Skirmantas Strimaitis – bought a ticket, according to Huffington Post.

He had five crew members doting on him throughout the two hour flight, and all the room he wanted. As he told the Associated Press, it was “a once in the lifetime experience."

He looks mighty happy in the Twitter pic below.

Lithuanian Man Discovers He’s Lone Passenger On Huge Plane - VILNIUS, Lithuania (AP) — A Lithuanian man flying to Italy got a pleasant surprise when he boarded the plane: He was the only passenger on the Boeing 737-800.Skirmantas Strimaitis, who was flying from capital Vilnius... pic.twitter.com/4sC6bH7Try