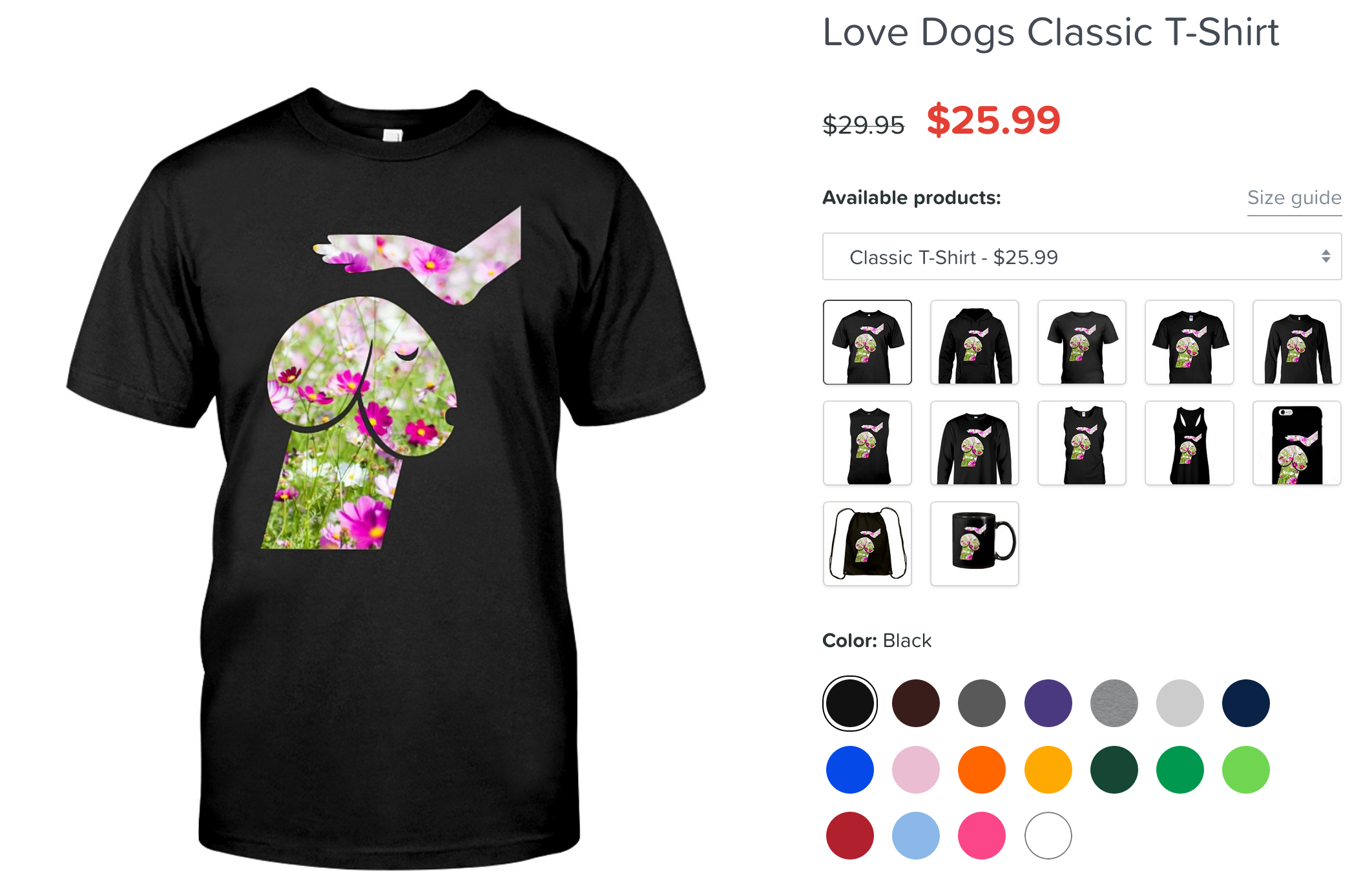 This "Love dogs" artwork is available on tees and mugs. Graphic design is clearly somebody's passion! [Thanks, Heather!]