Get a complete master class in coding for under $30 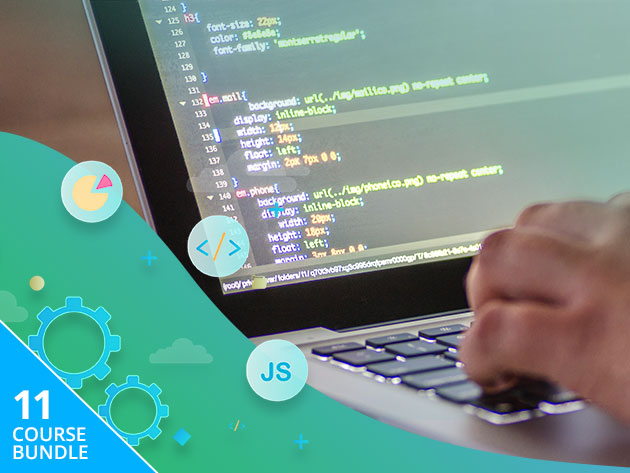 To an outsider, the world of computer programming can seem like it's rotating around the Tower of Babel at times. There are so many different languages, each one tailored to a different set of functionalities. You can be fluent at Javascript, but still won't be able to make heads or tails of Python. The problem is, your boss likely won't care about the difference. They'll just want the job to get done.

That's why the best education for an aspiring coder is a broad one. And from what we've seen, the  Complete Learn to Code Master Class Bonus Bundle is the broadest.

We're talking 11 different courses covering the most essential computer languages in use today. Let's walk you through the platforms it teaches, and how you can use them:

That's 13 different languages, all taught with an accessible approach that allows anyone to pick it up. After tackling each course, you'll get documents to certify your completion - all priceless highlights to any IT or programming resume.

All eleven courses in the Complete Learn to Code Master Class Bonus Bundle are $29, a drop from the previous sale price of $59.