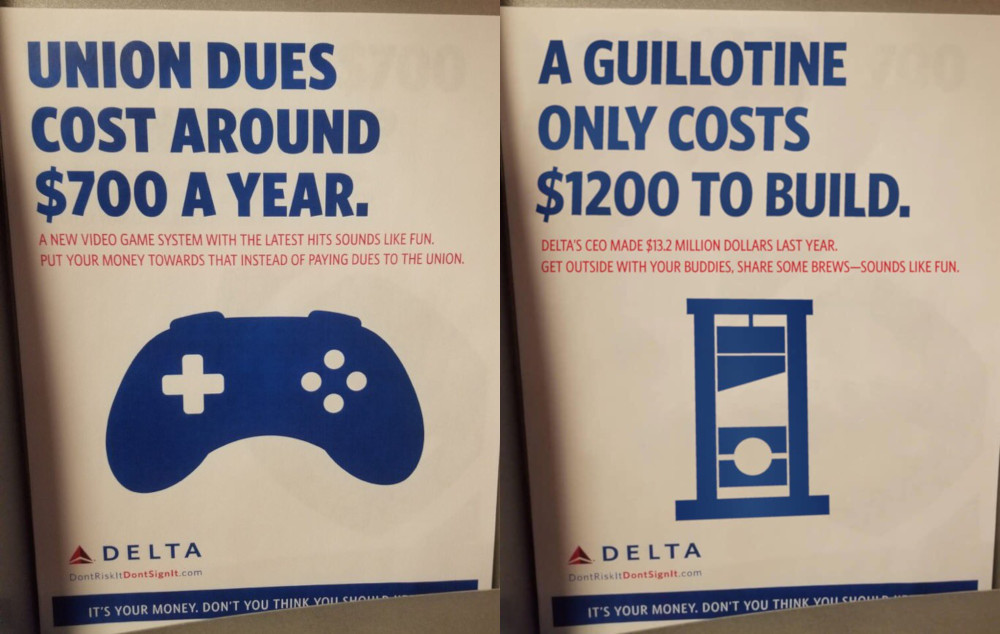 Aviation is one of America's most concentrated industries, and workers have steadily lost ground to shareholders and execs, who have enriched themselves with tactics like flying planes to South America for maintenance by non-union technicians who do not speak the language that the maintenance manuals are written in.

Delta's workers are part of a unionization drive by the Machinists' Union, and Delta management has responded by pushing out a pair of apps that push an endless stream of deceptive anti-union messages to its workers: Don't Risk It Don't Sign It and Be Delta Be Different are pathetic attempts to convince Delta employees that their best interests are served by relying on an industry that has cut pay, undermined safety and subjected workers to increasingly hazardous conditions, rather than banding together to demand better conditions through unionization.

Some of the messages are genuinely pathetic, like an infographic that proposes that workers can repuporse the $700 the company says they'll owe in union dues to pay for video-game systems. Naturally, these are ripe for remixing.

Something to think about, @Delta. pic.twitter.com/AIlmUwK0cF