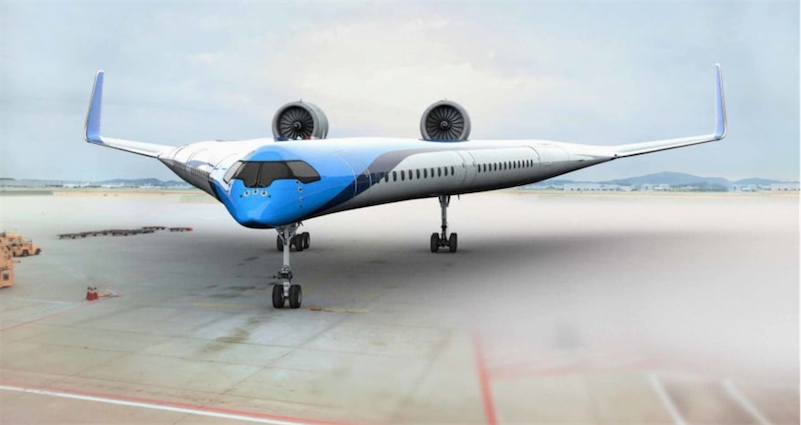 KLM Royal Dutch Airlines is helping fund a new plane design called the Flying-V in which the passenger cabin, cargo hold, and fuel tanks are built into the wings. The researchers at the Technical University of Berlin and the Netherlands' Delft University of Technology who are developing the aircraft expect a scale model to take off in September. Even still, KLM says it'll be another 20 to 30 years before it could enter commercial service. From CNN:

TU Delft project leader Roelof Vos said such innovation was needed as a stepping stone to greater efficiency while technology was still being developed to create large-scale electric airplanes.

"Aviation is contributing about 2.5% of global CO2 emissions, and the industry is still growing, so we really need to look at more sustainable airplanes," he told CNN...

"The new configuration that we propose realizes some synergy between the fuselage and the wing. The fuselage actively contributes to the lift of the airplane, and creates less aerodynamic drag."

TAG you are it!