Politician broadcasts presser without realizing the cat filter is on 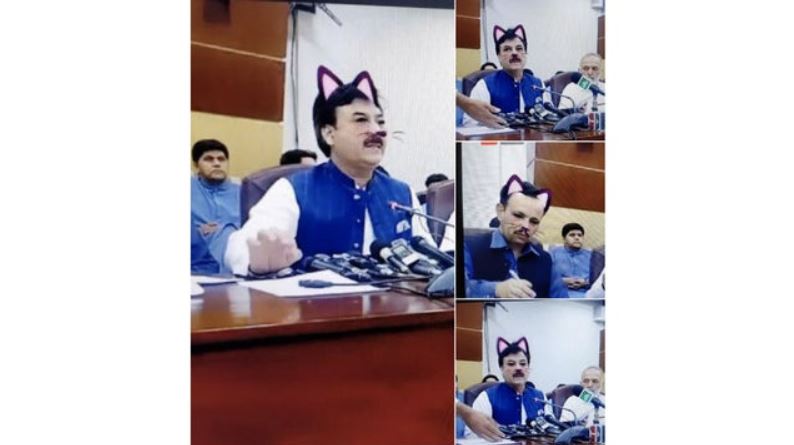 A politician in Pakistan broadcast a press conference last week, complete with furry ears and wet nose. Someone left the cartoon cat face-tracking filter on.

"Yesterday, while covering a press briefing held by KP's Information Minister Shoukat Yousf Zai, a 'cat filter' was witnessed by the viewers which was removed within a few minutes," the party admitted in a "clarification" issued on Twitter.
The statement added that the party's "social media team is deemed to be the pioneers of Social Media in Pakistan. We ... pride ourselves in bringing Pakistani politics to (the) internet."