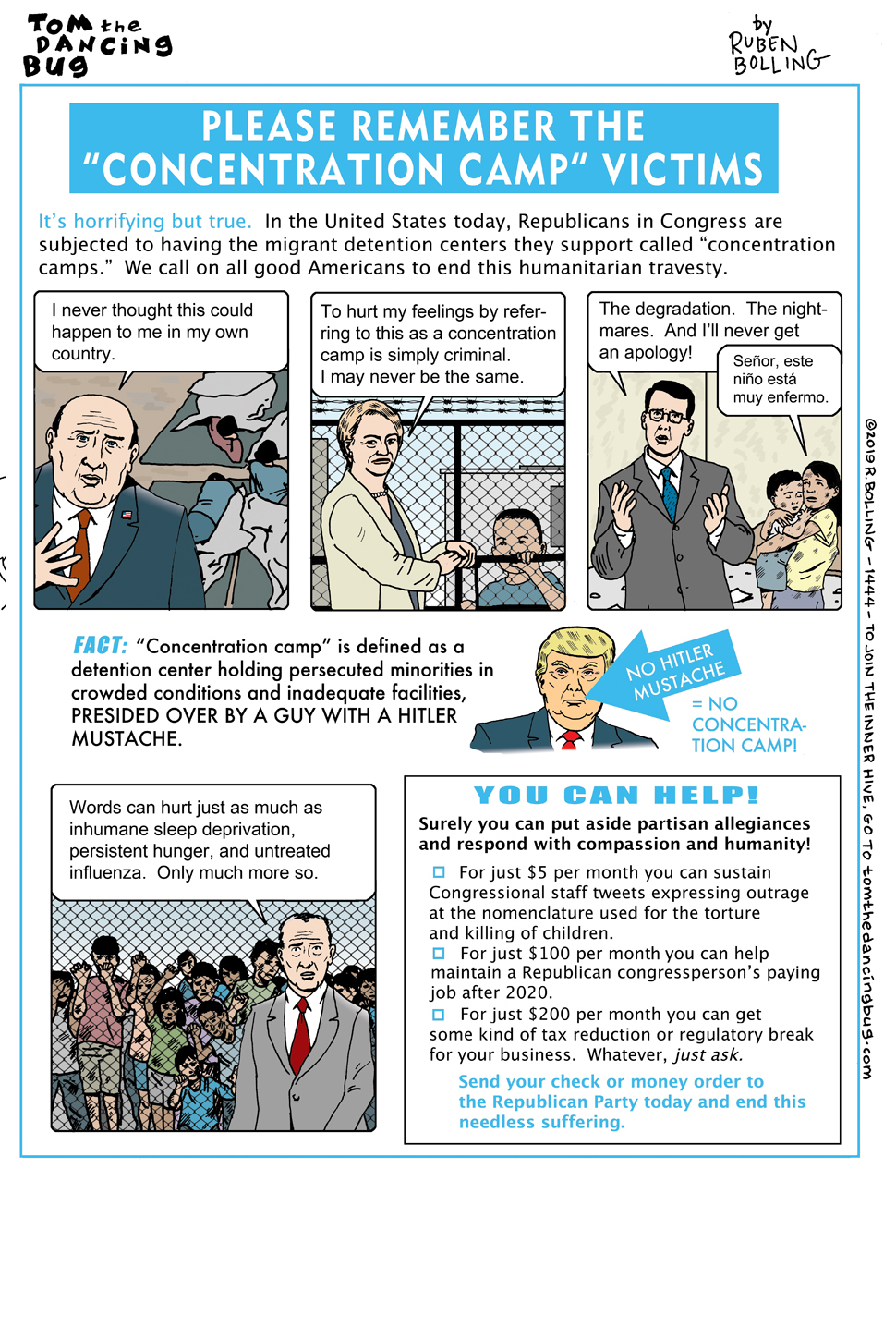 Tom the Dancing Bug, IN WHICH we honor the true victims of the phrase "concentration camp."