In 1914, 132 Newfoundland sealers were trapped on the ice during a blizzard 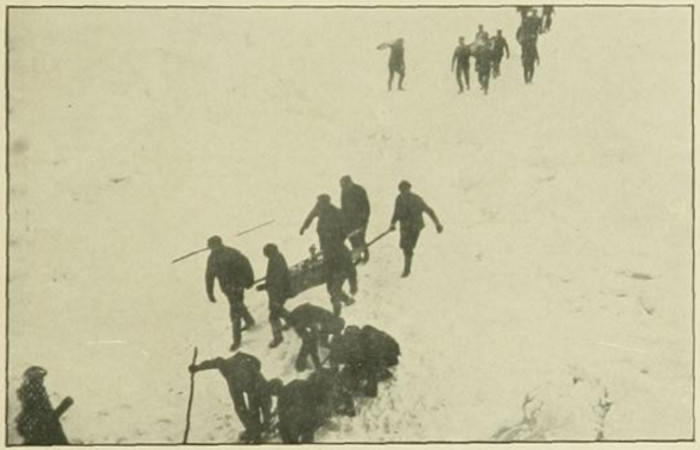 In 1914, 132 sealers found themselves stranded on a North Atlantic icefield as a bitter blizzard approached. Thinly dressed and with little food, they faced a harrowing night on the ice. In this week's episode of the Futility Closet podcast we'll tell the story of the Newfoundland sealing disaster, one of the most dramatic chapters in Canadian maritime history.

We'll also meet another battlefield dog and puzzle over a rejected necklace.