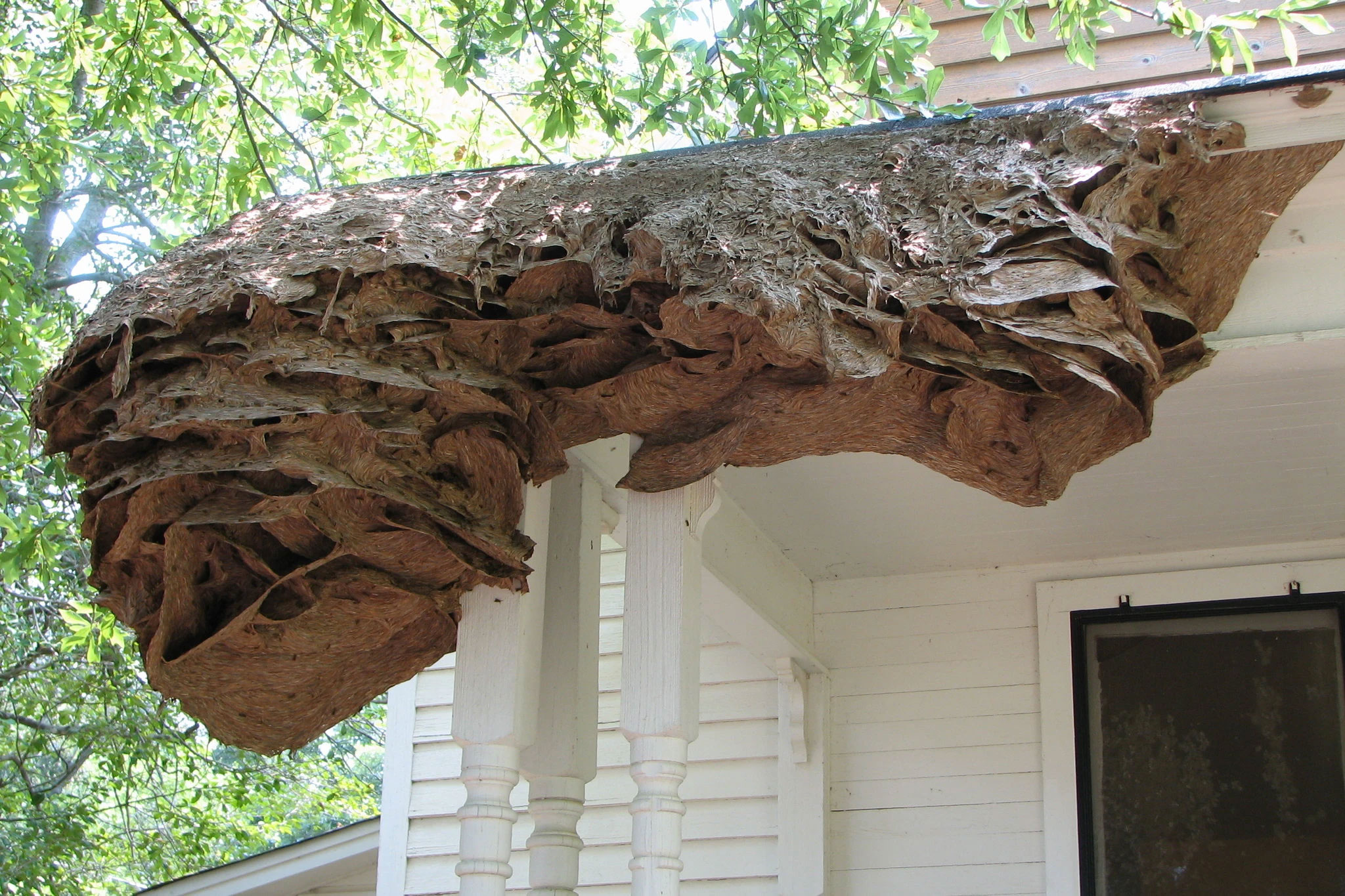 In this photograph, shared by entomologist Charles Ray, is the fate of an alarmingly high number of Alabama gutters, overhangs, soffits and corbels: "super nests" housing as many as 15000 wasps.

“We wanted to warn the public not to disturb them themselves, but get a professional,” Mr. Ray said. “We had three people who were seriously injured in 2006.”

Warmer winters contribute to these nests, Mr. Ray said. Most yellow jackets don’t survive the cold months because they freeze to death or have trouble finding food. They need a fair amount of sugar and carbohydrates, he said. ...

“They’re worrying me, because a child wouldn’t have a chance out there,” said Mr. [James]Barron, whose smokehouse nest was still awaiting removal. “I have many grandkids. A child couldn’t run fast enough, and I’m worried about that.”