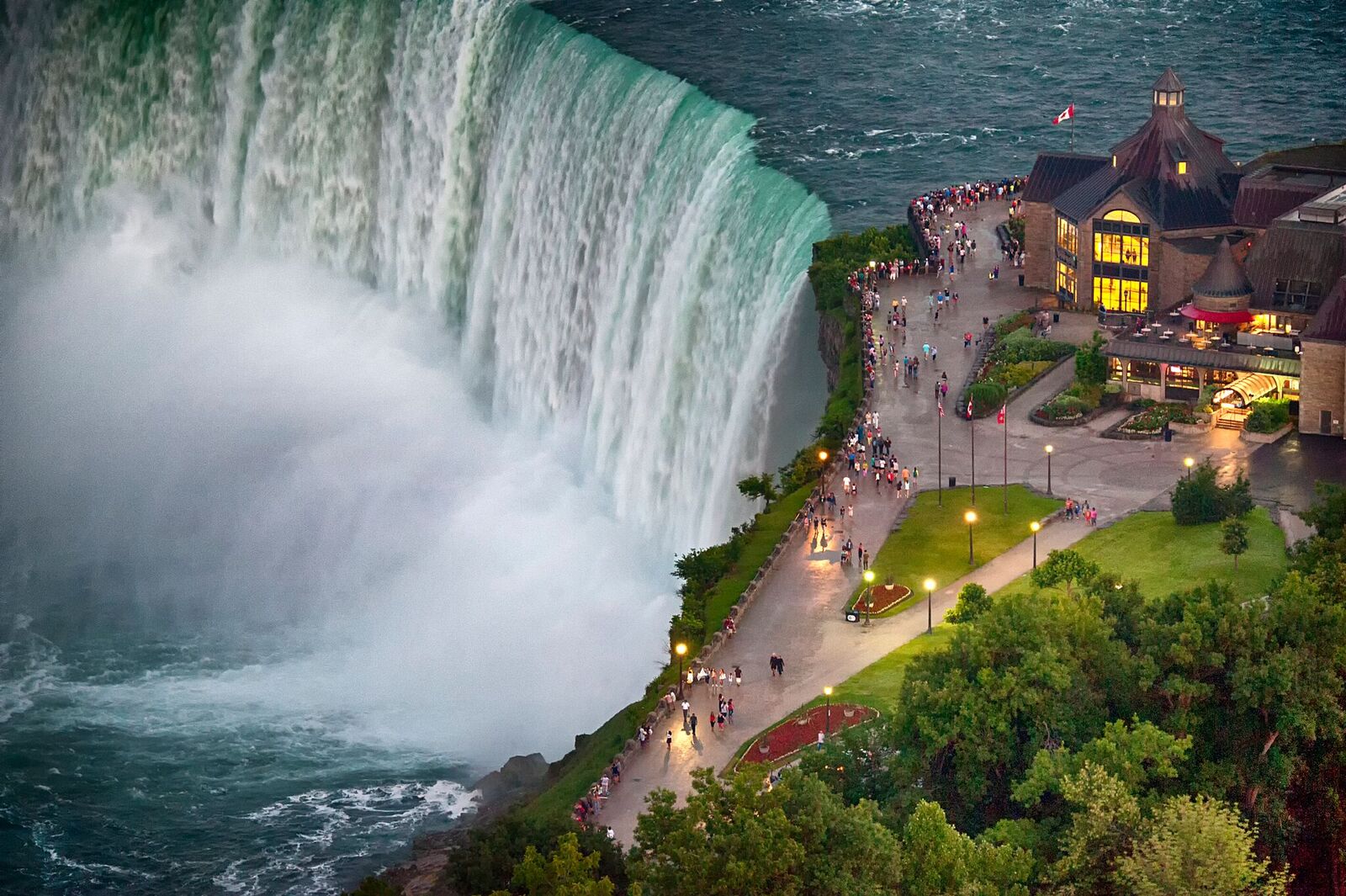 Police say a Canadian man survived after he was swept over the largest of all the waterfalls that make up Niagara Falls.

Authorities tweeted about a man “in crisis” near Horseshoe Falls, the largest of the three waterfalls at Niagara Falls park, which straddles the U.S.-Canada border.

@NiagParksPolice 0400 responded to male in crisis brink of Horseshoe Falls. On arrival male was observed to climb over retaining wall and swept over falls. Male was found sitting on rocks after search of lower river w/non life threatening injuries. Trans. to hosp. further care

The park draws tens of millions of visitors each year.

Officers arrived at the Canadian side around 4 AM and feared they were already too late to save the man. But he survived.

The man's name has not been released. He is safe.

Many people attempt suicide there each year. No details on the circumstances that led to this incident have been released.

“He’s a very lucky guy. Not many people do it and survive,” Ontario resident Andy Essor told the Buffalo News. “He definitely has God in his top pocket.”

More from the Washington Post's roundup from various news sources on the unlikely happy ending to this story:

Park police said they saw the man climb over the retaining wall, a sturdy barrier made of rough-hewn stone blocks interspersed with decorative metal railings, and enter the raging waters of the Niagara River. Within moments, he was swept over the enormous waterfall, vanishing into the impenetrable cloud of mist rising from the gorge.

With no protective covering and facing a roughly 188-foot drop into a roiling pool of water filled with large rocks, history suggested the man’s survival was unlikely. Scores have died taking the plunge either by accident or, in most cases, intentionally. According to the Buffalo News, it is estimated that 25 people annually commit suicide by going over the falls.

But as authorities scoured the lower Niagara River for the man Tuesday morning, they came across an unusual sight. The man was sitting on rocks near the edge of the river — and he was alive. He was found with non-life-threatening injuries and transported to the hospital for further care, police said. The man’s identity was not released and authorities declined to offer any additional information on the situation late Tuesday.

Read the full original story from Buffalo News:
Man who went over Niagara Falls may have been saved by high water levels