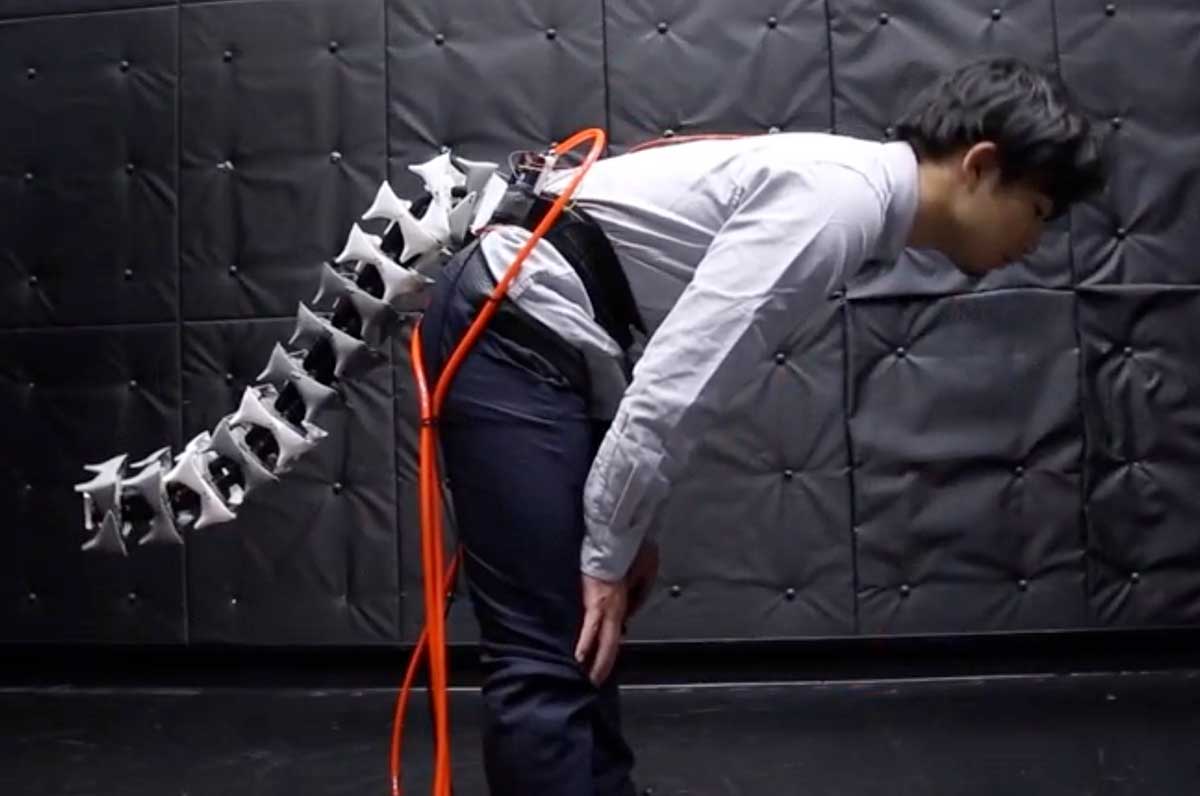 Researchers at Keio University built an "an artificial biomimicry-inspired anthropomorphic tail" with haptic feedback to help people walk, bend over, and do other things as they go about their business. The design inspired by the seahorse's tail.

Which boss level do you have to clear to get this kind of dropped gear? via Gfycat