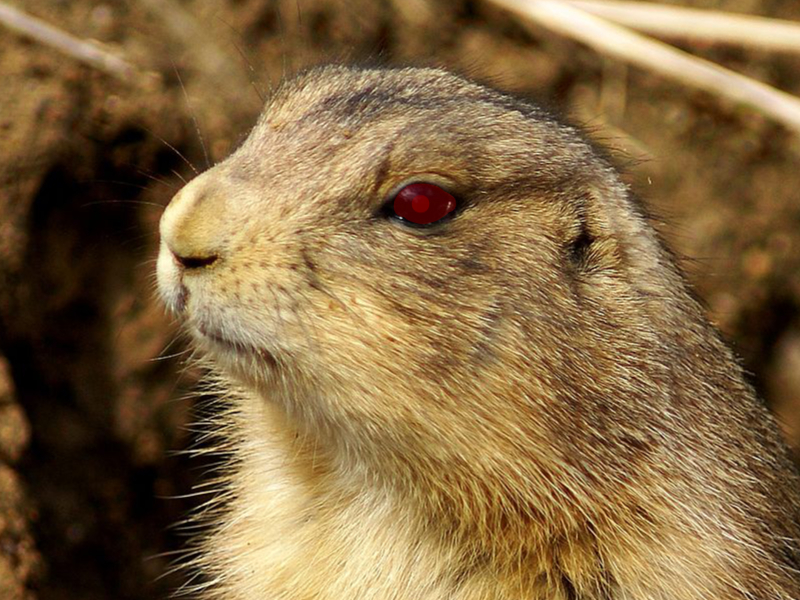 I think it's fair to say at this point that the earth is rising up in self defense and will soon devour every last one of us.

If a longer than usual storm season, unprecedented global temperatures and melting glaciers aren't enough to convince you, how's about this: plague infected prairie dogs and fleas are now out to get us.

Parts of a Colorado wildlife refuge remained closed Sunday after plague-infected prairie dogs were discovered there in late July. Wildlife and nature areas near Denver have also been shut down as officials continue efforts to stem the spread of the disease.

Rocky Mountain Arsenal National Wildlife Refuge, a 15,000-acre nature area northeast of Denver, was able to partially reopen Sunday. The refuge is home to many species, like bison and bald eagles, and is where the plague concerns developed.

Plague-infected fleas were biting black-tailed prairie dogs, and officials began closing affected areas “as a precautionary measure to prioritize visitor health and safety, while also allowing staff to protect wildlife health,” according to a statement from the U.S. Fish and Wildlife Service.

If that's not enough nightmare fuel for you, try this: if you walked your pooch or kitty through an area where plague-infected fleas had a chance to catch a lift on them, the fleas will have a chance to make you sick once you get back home. Did I mention we can contract bubonic plague by coming into contact with the bodily fluids of an infected animal or by inhaling the "coughed droplets of plague bacteria"? Well, there you go.

In an attempt to quell the spread of the plague, health officers have been blitzing the outside of prairie dog burrows with insecticide—no fleas less chance of the bacteria being spread.