How coconut crabs may have absconded with Amelia Earhart's skeleton 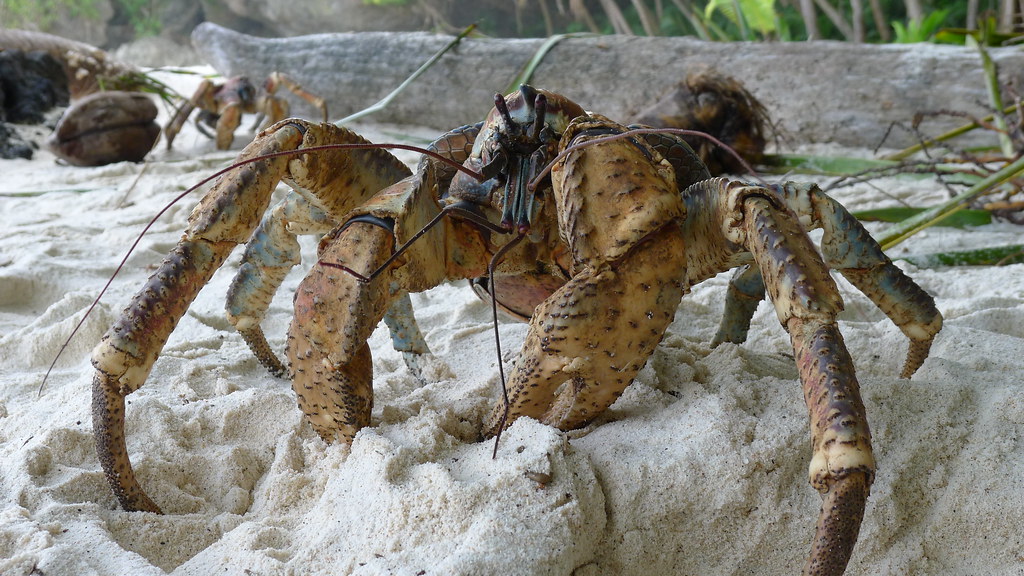 So, there's a new theory about what happened to Amelia Earhart: She crash-landed on a Pacific island, and after death, her body was slowly eaten and pulled apart by coconut crabs.

Lemme break this one down for you.

Earhart, as you may remember, vanished in 1937 while attempting to circumnavigate the planet. No-one's ever found her plane or her body, but one intriguing clue emerged in 1940: On Nikumaroro, a small Pacific island, 13 human bones were found. An analysis at the time concluded they were male bones and thus couldn't be Earhart's, and the bones were subsequently lost. Then last year, a new analysis of the original bone report (previously) argued that 1940 analysis was wrong -- the bones were indeed consistent with a woman's body type, and thus it was entirely possible they were Earhart's.

The question is, why were there only 13 bones found?

The new hypothesis: They were all absconded with by the island's teeming hordes of coconut crabs.

Coconut crabs, as National Geographic notes, are pretty ferocious. They climb trees, are "the same size as an explorer’s hiking boot," have a pinch as powerful as the bite of an animal, and devour not just coconuts but "birds, rodents, other crabs -- and carrion". (Their nickname is "robber crabs".)

Is it possible the crabs devoured the human body and dragged the bones back to their burrows? Back in 1940 when the researcher originally found the site with the 13 bones, he noted that “coconut crabs had scattered many bones.” To test if this crab-theft were possible, a Earhart-hunting expedition that has been exploring the island performed a few experiments:

In one, they brought a pig carcass to the island and filmed what happened to it. Crabs—coconut crabs plus the smaller, more numerous strawberry hermit crabs—swarmed the body, removing most of the flesh within two weeks.

“This tells us crabs drag bones,” says Tom King, the group’s former chief archaeologist, “but it doesn’t tell us how far.” A year after the experiment they discovered some bones had been dragged 60 feet from the body, but they couldn’t account for all of the remains.

King thinks it’s likely that Earhart perished on the island as a castaway. After she died, the crabs consumed her body and dragged her bones into their burrows -- except of course for the thirteen that Gallagher discovered.

If the crabs did drag Earhart's bones back to their burrows, I wonder if any still might exist, secreted around the island? This one is kind of ghoulish to ponder, but super interesting.