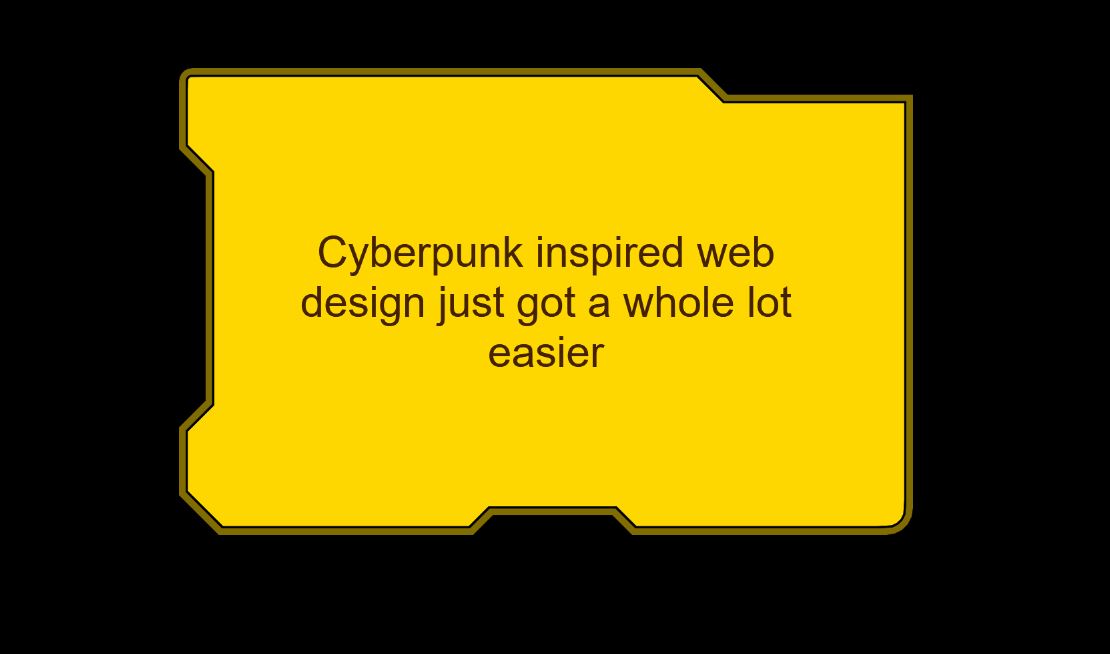 augmented-ui is a stylesheet (a javascript library is in beta testing) that lets you apply cyberpunk styles to your web designs. Just include it in your HTML and tweak your CSS classes and ids, and you're off to the cyber-races.

Futuristic, cyberpunk-inspired UI shaping for any element
Add the "augmented-ui" attribute to equip the augs, and a few CSS settings for each one to make it feel just right

Use augmented-ui in any project, for free.

Basically, a "get 45 degree corners without going completely insane" CSS framework with a killer pitch.