Take your creativity anywhere with this handheld 3D printer 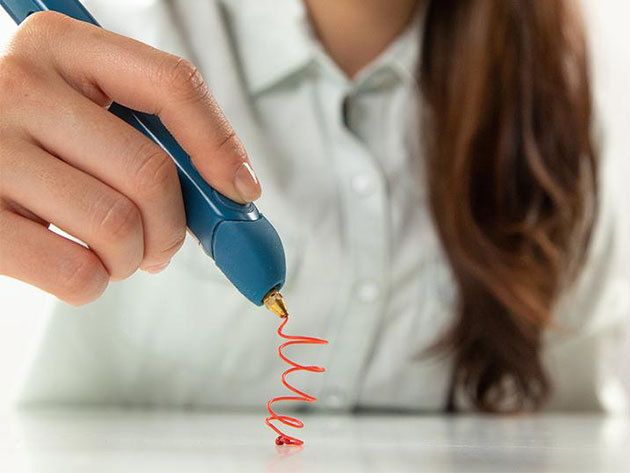 Want to get really hands-on with STEM education? 3D printers may be out of reach for some, but the 3Doodler is a handheld version of the same technology that's tailor-made for curious kids.

(Who are we kidding? We kind of want one for ourselves.)

Even the basic 3Doodler set unlocks a world of possibilities. The pen itself has a single-click, start-and-stop operation once you choose between speeds. The dual-drive system and temperature control ensure jam-free flow, allowing you to make a range of crafts or tools almost instantly.

The 3Doodler Mega 3D set ups the ante with an 8-pack of non-toxic eco-plastic printing material and an activity guide with some great stencils to jump-start the imagination. When you're really ready to open the workshop, there's a Create+ Master Creator set that includes a six-piece nozzle kit, 3D canvas, 144-page project guide and a complete set of shaping tools - everything your mad scientist needs to make everything from a chess set to a tiny robot army.