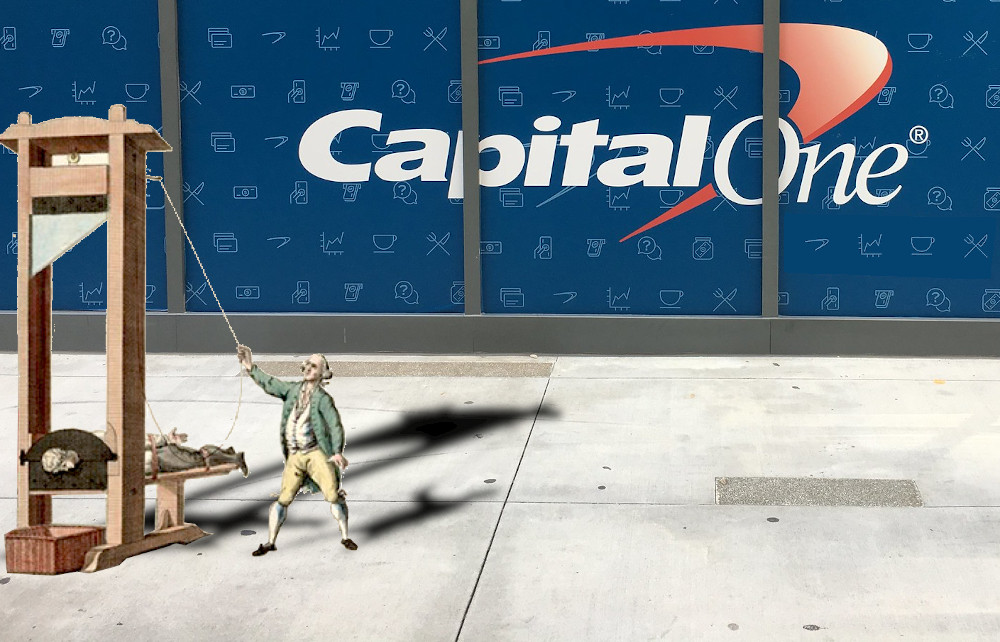 Elena Botella worked at Capital One -- one of the US's leading issuers of subprime credit-cards -- for three years; in a fascinating first-person account, she describes how Capital One's youthful, smart, principled and caring staff created a culture in which the lives they were ruining were replaced by obfuscating jargon and interesting mathematics puzzles.

It's the predatory lending version of The Banality of Evil, in which the poorest Americans generated $23b/year in revenue from interest alone, which was funneled into good, challenging, well-paid jobs for everyday people who managed to never think about the harms they were doing.

She calls it "a conspiracy of silence" but it wasn't silence so much as metaphor and abstraction: by obsessing about the "physics" of debt and the mathematics that described it, the 3,000 white-collar workers at Capital One HQ were able to think of their work as an experimental science, in which they were using interventions (like randomly increasing the credit limits for some cardholders who were already struggling to make payments and measuring the total revenues that resulted) to uncover truths about the universe, not new techniques to ruin peoples' lives.

Capital One’s culture of experimentation also acted as a kind of buffer. Fast Company has reported that Capital One runs 80,000 experiments per year. As Christopher Worley and Edward Lawler III explain in the journal Organizational Dynamics, a bank like Capital One can randomly assign differing interest rates, payment options, or rewards to various customers and see which combinations are most profitable for any given segment of people. It’s not so different from how a pharmaceutical company might use a randomized control trial to test whether a new drug is effective, except that the results of the bank’s experiment will never get published, and instead of curing diseases, the bank is trying to extract more money from each customer. The use of experiments is itself an act of psychological distancing; it allows the analysts controlling the experiment to resolutely apply its findings as a profit-maximizing mandate without giving the strategy a name such as, oh, “predatory lending.”

In this faintly lab-like register of business rhetoric, it’s not necessary to say things out loud like, “We should have a credit card where people put down a $99 security deposit to get a $200 credit limit, paying hundreds or thousands of dollars of interest to Capital One, even though many of those people will default.” Nor would you have to say, “This person has maxed out every credit limit increase we’ve given them in the past on some stuff they probably needed like new tires, but also on other stuff like concert tickets. But since they always make the minimum payment it’s probably safe to raise their credit line so they’ll take on more debt, because as long as they keep being able to afford making the minimum payment for another two years it’s actually okay if they eventually can’t repay us.”

I Worked at Capital One for Five Years. This Is How We Justified Piling Debt on Poor Customers. [Elena Botella/New Republic]