TIL Disneyland will permit adult cosplay of trash cans 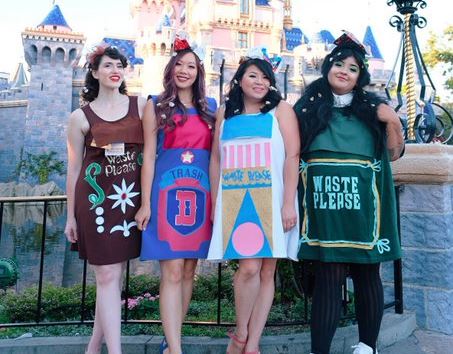 Disneyland rules typically forbid costumes and masks worn by guests 14 years of age or older. But the rules clearly do NOT prevent adults from dressing in stylish trash can cosplay:

Why yes we are Disneyland trash pic.twitter.com/ftfLrX4BOK

Here we are with all of our respective trash cans. ❤️❤️❤️❤️? pic.twitter.com/eznXc9iziB

Really, Lady Damfino's feed is full of stylish, permissible cosplay ideas such as agent of the First Order or aspiring Egyptologist: