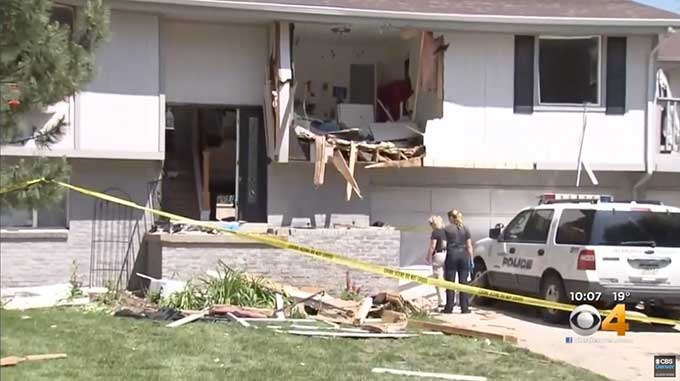 Leo Lech's home was destroyed by Greenwood Village, Colorado cops in 2015 when they used explosives to blow off the walls and drove an armored truck through the front door to arrest a shoplifter who had barricaded himself in Lech's home. Lech has been trying to get the city to pay him so he can repair his home, but a court and an appeals court have told him that police are allowed to destroy innocent people's homes without having to pay for the damage they cause.

"Under no circumstances in this country should the government be able to blow up your house and render a family homeless," Leo Lech, the house's owner, told NPR. "This family was thrown out into the street without any recourse."

Lawyers for Lech argued that the police's destruction of his home was a violation of the Constitution's Takings Clause, which says private property cannot be taken for public use without "just compensation." But the problem with that argument, the appeals court ruled, is that courts have long held that police cannot be on the hook for property damage caused in the process of trying to make an arrest.

First responders laud drones for helping in rescues and negotiations, while some cities like Los Angeles are fighting calls to ground all police drones over privacy concerns.

On Independence Day, one American decided to exercise his freedom to ride his motorcycle at speeds up to 147 miles per hour. That and several other freedoms were quickly taken away thanks a police plane which released aerial footage demonstrating an astonishing array of data overlaid.

In 1991, George Holliday’s video of Rodney King being kicked and nightsticked by LAPD officers shocked the nation and sparked an uprising that galvanized the discussion about police brutality.