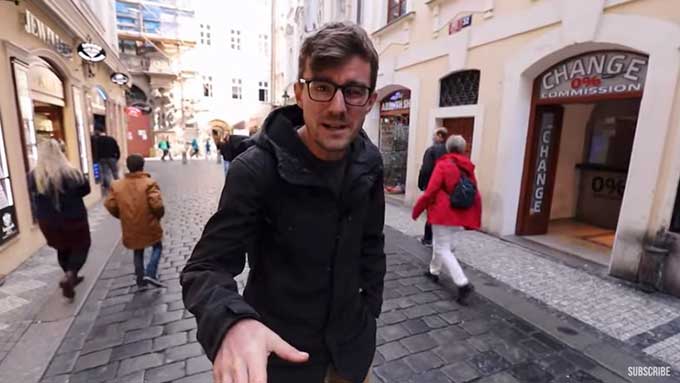 Every city needs an "Honest Guide" YouTube channel, which helps visitors from getting ripped off by hustlers, con artists, and shady businesses. But for now Honest Guide exposes rip-offs in Prague only. In this episode your host shows how currency exchange offices rip off tourists and refuse to obey the law that says they have to refund a customer's money if they come back within three hours.

A long-chewed-on mystery about Michael Cohen’s activities in the Trump-Russia conspiracy may now be resolved, thanks to data leaked by Cohen’s cellphone. Operational security will get you every time, dumb criminals.

Jeffrey Martin (previously) writes, "I shot this gigapixel image last year in mid November. It's made of 8000 photos, shot with a fullframe SLR and a 600mm lens. It was shot from the top of Prague's 'Orloj', the clock tower on Old Town Square, built in 1410. The tower had a scaffolding all over it […]