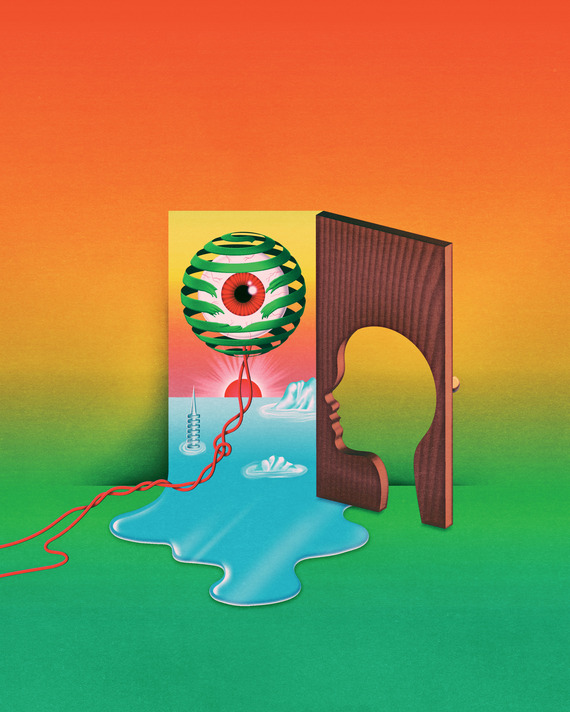 Back in 2016, New York Magazine tapped a bunch of people from a variety of backgrounds and asked them to imagine events that might take place over the next eight years; as with all futuristic exercises, it's less interesting as a predictive exercise and much more interesting as a diagnostic one, a snapshot of the hopes and dreams for the coming years on the cusp of the 2016 election.

Now, in the final months of 2019, New York Magazine has repeated the exercise with new contributors (including me). As with the 2016 edition, this speculative timeline's strength is in its fears and aspirations, not its notional prognostications. The magazine did a good job of gathering contributions from a wide range of backgrounds and situations (for example, prison journalist John J. Lennon speculates on what his life might be like in September 2019, when he imagines that he might get parole for the murder he committed in 2001).

Here's my contribution, about the paths we might take to breaking up Big Tech:

Today, anyone who hopes to restore the competitive, pluralistic, decentralized internet has to overcome not just the tech companies’ commanding market dominance but also the political influence Big Tech can buy with its monopoly profits. This can seem hopeless: We have to weaken Big Tech’s profits in order to rob it of political power, but while it wields that political power, it’s hard to imagine ever eroding those profits.

How then might we arrive at a 2029 where the internet is restored to its unwalled glory and chaos?

Perhaps it could come in the form of a plea bargain. Big Tech companies are notoriously incorrigible, getting into trouble with the likes of the FTC, being given a second chance in the form of a “consent decree” — a pledge of good behavior — and then getting into worse trouble for flagrantly violating the terms of its parole (looking at you, Facebook).

When that happens, the FTC could offer the repeat offenders another chance but also attach arbitrary conditions to that chance: For example, the FTC might tell Facebook that it must not use legal or technical countermeasures to prevent third parties from plugging competing services into Facebook Messenger, Instagram, or even Facebook itself. (This is called “interoperability.”) After all, a court recently found that LinkedIn could not seek to prevent HiQ from scraping its publicly available data. Not only did the court find in HiQ’s favor: It also ordered LinkedIn not to take technical countermeasures to keep its competitor off the service.

The implications of that kind of plea-bargain protection would be enormous. It could allow “adversarial interoperability”: nonprofits, tinkerers, and even venture-funded start-ups building tools and services to help internet users gain more control over their online lives, even if doing so violates a patent, bypasses a copyright lock, or breaks the terms of service (which are, after all, neither read nor complied with by anyone, anywhere, ever). A million small and medium-size enterprises could offer a million different sets of house rules, and the monopoly would be effectively disrupted. —Cory Doctorow

The Weirdness Is Coming A glimpse of the near future as seen through the recent past. [Intelligencer/New York Magazine]

futurism / the crazy years / the future's past

Yes, the crate said “killer bees” not “murder hornets,” but we know what they meant. The above clip is from “Marge in Chains” (season 4, episode 21). A response from The Simpsons writer Bill Oakley: ok fine i guess we did https://t.co/Nf4suyC8A3 — BILL OAKLEY (@thatbilloakley) May 6, 2020