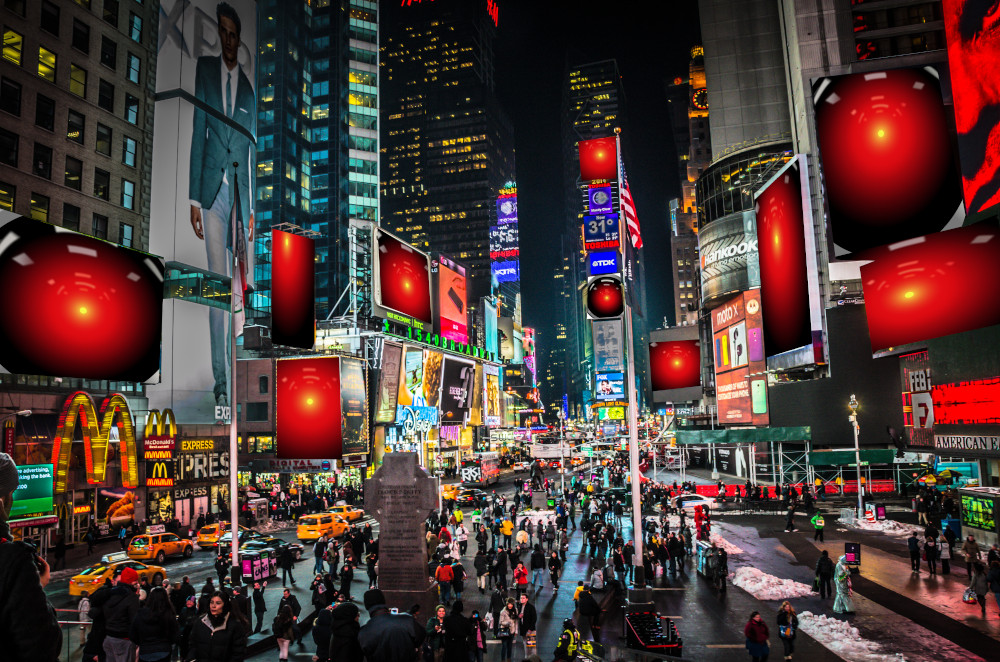 This data is used to modify digital billboards, both in realtime (changing the ads based on who is currently present), and in aggregate (changing which ads run when, based on the typical profile of people near a location at a given time).

The outdoor ad brokers also sell your data to online ad brokers, who chase you around the internet with the ads you've walked past that morning, and they buy your purchase data to see whether you've bought the things that were advertised to you.

The good news is that opting out is easy! Just stop ever leaving your house, never use the internet, and stop buying things.

In the meantime, out-of-home advertising is charging ahead. Last summer, Adomni ran a campaign for the Ultimate Fighting Championship based on the daily travel patterns of consumers singled out as potential fans. Over the past year in Buffalo, N.Y., Lamar targeted consumers exposed to out-of-home advertising for Tim Hortons restaurants with additional ads on their mobile devices. And in Times Square, Five Tier helped promote an event by a Sikh religious organization by playing ads when the target demographic was nearby.

If this kind of geofencing and ad targeting bothers you, you can adjust the location permissions on your phone to limit which apps have access to your GPS data, and delete as many apps as possible. You can put your device on airplane mode, or even leave it at home. That will all make a difference, but you can’t opt out entirely if you like using 21st century technology.

Digital Billboards Are Tracking You. And They Really, Really Want You to See Their Ads. [Thomas Germain/Consumer Reports]