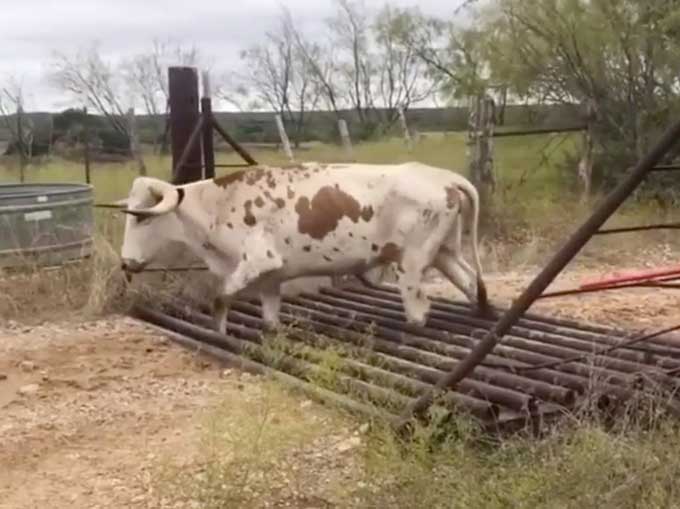 Cattle guards are designed to keep cows from crossing them. They don't work if the cow is as smart as this one.

When it's not your first cattle guard