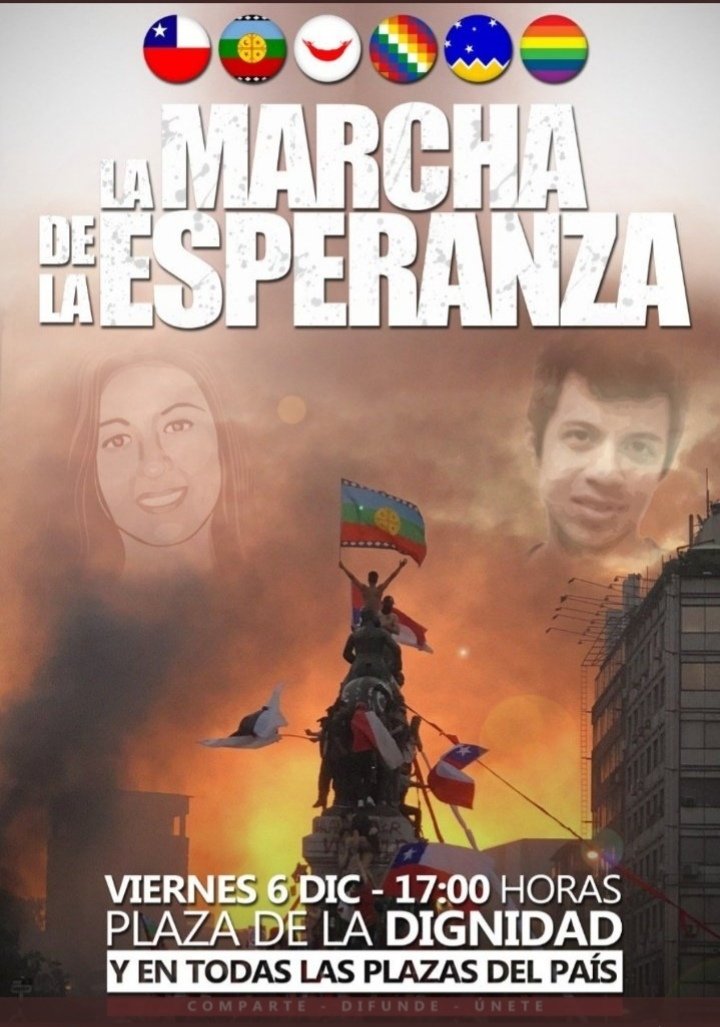 Chile is ground zero for the neoliberal revolution, starting on 9/11/73, when the US backed a coup d'etat against the democratically elected, popular leader Salvador Allende. American business scholars from the University of Chicago, including Milton Friedman and Freidrich von Hayek, worked with the new military autocracy to intern 80,000 people on the basis of their political beliefs, to torture tens of thousands of those people, and to execute and "disappear" thousands more.

The "Chicago Boys" and the Chilean military and business community imposed a new constitution on Chile that ensured massive wealth transfers from the poor to the rich, with safeguards to keep the wealthy in place, including mass privatizations and prohibitions on labor organizing and democratic opposition movements.

The result was the creation of one of the most unequal societies in the world, where the rich waxed ever-wealthier while everyone else slipped into debt and precarity.

But the people thus immiserated were not content with their lot. In 2006, massive protests led by high-school students rocked the country. In 2011, university students (many of them part of the high-school movement five years earlier) led another wave of massive protests. These protest movements wrung concessions from the government, and rather than being placated by them, the student radicals saw this as evidence that their tactics worked, and they have not abandoned them to this day.

As students take the vanguard again in Chile -- braving brutal, lethal police violence -- they have an important group of allies: former student radicals who were subsequently elected to Congress, who support the movement's goals.

This is an important story of how movements work: the teens leading the protests in Chile were raised by parents or surrounded by older siblings who protested a decade earlier. The people joining those teens in the streets were part of those movements, and their Congressional allies are able to leverage the protests in the streets to agitate for meaningful structural reform through the legislature.

The significant thing about this story is that if you'd looked back on the 2006 protests in 2007, it would have been tempting to think that they had largely fizzled: students won a few modest gains and returned to classes, while Chile returned to business as usual. But in 2011, it was clear that the 2006 movement had never died -- merely gone dormant for a few years, and the 2011 protests -- bigger, louder and more significant -- wrung bigger changes, and started the careers of elected politicians who graduated from the streets to the legislature.

But again, in 2014 or 2016, it would have been easy to say that the movement had fizzled, been overtaken by the inertia of Chile's gunpoint constitution, forced on the nation by American ideologues a generation before. But again, the movement was merely simmering, waiting to boil over again.

It's a good example of scalloped-growth curve inertia in protests: a movement gains inertia, stalls out, and falls back -- but to a higher level than it started at. Then another flashpoint detonates and the protest surges to a higher peak and falls back to a higher "normal" than last time.

When we think about Occupy, or the Arab Spring, or other movements that rose and fell in recent history, we should be looking for how these movements beget new ones with even more energy (Occupy -> Standing Rock -> Sanders/DSA -> AOC/GND). After all, the partisans of the Arab Spring and Occupy didn't vanish when the movements fizzled -- they're out there, waiting for another chance to surge.

“In many senses, they’ve been in the vanguard,” said Mario Garcés, a historian of social movements in Chile. “Many times they’ve been a step ahead, announcing what’s to come.”

Gabriel Boric, a 2011 student leader who became a left-wing congressman, said he was confident that the 2019 student-led movement would lead to important changes in Chile.

“The movement today is part of something that’s happening worldwide, with people protesting to express deep unhappiness, and it will end up provoking a much-needed reconfiguration of the political map in Chile.”