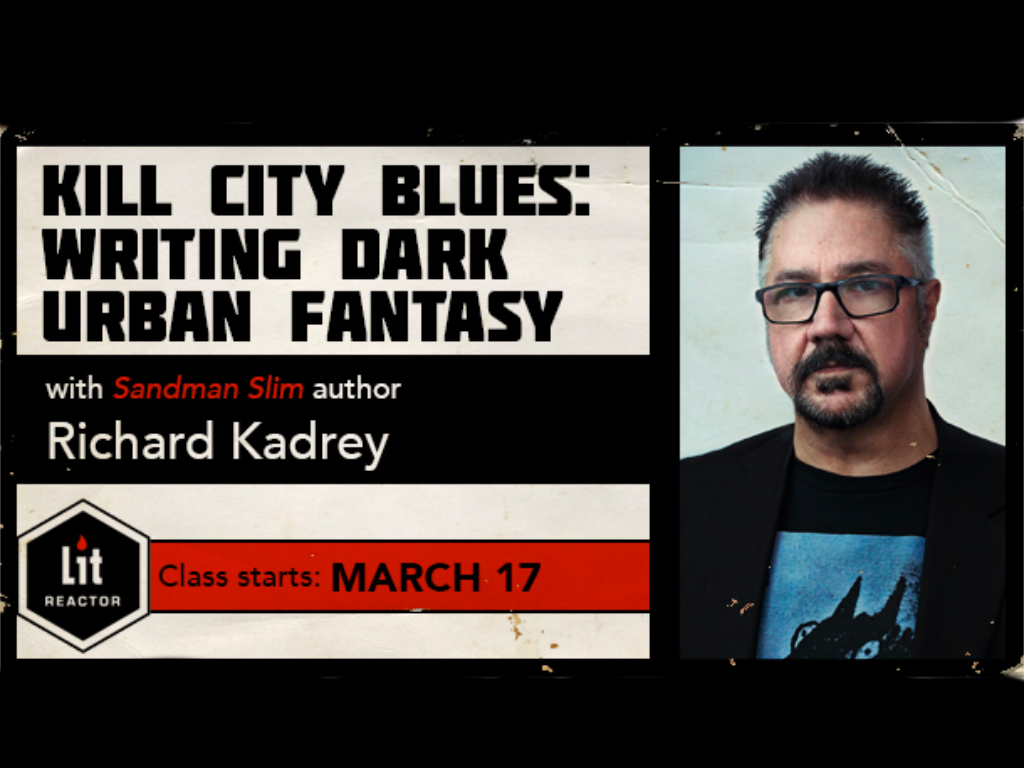 Week One: What is Dark Urban Fantasy?
What is dark or noir urban fantasy and how does it differ from horror? Who lives there and why? And why do we want to bring the strange and the dark into the world?

Who lives in these strange, invented worlds? How do you construct characters that walk the line between good and evil? Even in the most extreme world and stories, there must be some core of truth to it. How do you make that happen?

How do you create a realistic and compelling world for your characters to inhabit? How do you world build without being sucked into the eternal problem of getting so caught up in the setting that you forget what your readers came for: an exciting story about real characters.

How you tell a story is as important as the story itself. The prose style most fit your world and characters. Should you write it first person? Third? Second? Present tense or past? Do you need chapters?

How do you get inspire yourself so that you don’t bog down and end up repeating yourself? How do you get past writers block? How do you create work time for yourself while maintaining a regular life? We’ll wrap up the class with a Google hangout where you can ask question and you can talk about what keeps you writing.

And, because there’s a price for everything, all of the sweet knowledge he’ll be jamming down your throat will be balanced out with demanding, but enjoyable weekly assignments. If that’s not enough to get your prose headed in the right direction, I don’t know what to tell you, pal.

To learn more about the course or to sign up, head on over to Litreactor.

How to memorize an entire chapter of Moby Dick

Josh Foer is the author of Moonwalking With Einstein, a book that recounts how he practiced different memory techniques to win the United States Memory Championship. In this video, Josh shows how he learned to memorize an entire chapter of Moby Dick. He used a mnemonic technique called the memory palace. It took Josh four […]

Despite taking pages of handwritten notes each day, my handwriting is hot garbage. After deciding that I wanted to improve the look of my penmanship, I set out to find a few ways to do it that wouldn’t eat up a lot of my day. This video, featuring Nan Jay Barchowsky, is one of my […]

What's your ikigai, your reason to get up in the morning?

Rob Bell lays out the basics of the Japanese concept of ikigai, the search for purpose and fulfillment in life. Illustrator Mark Winn created a Venn diagram often used to explain the idea: