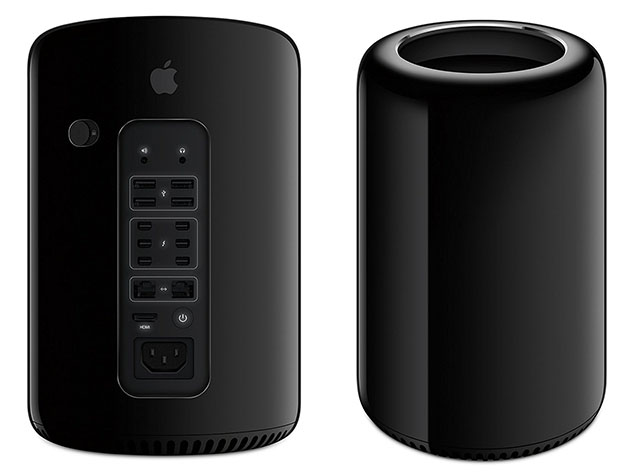 If you love tech gear, it can be difficult to live the green consumer life you want to be living. How can you fuel your desire to upgrade without contributing to the negative environmental impact the endless production of electronics causes? Shop refurbished.

You might think, "Meh, I'll pass on a used, busted up computer." But lots of refurbs today are trustworthy. Take, for instance, this Mac Pro. It's an Apple computer boasting a 3.7GHz quad-core Xeon E5 processor with 16GB RAM and a 512GB solid-state drive that costs 60% less than a new one—and it's certified refurbished. That means it was tested, inspected, and certified to look and work like new, including all relevant accessories. It might ship in plain bulk packaging, but that's not a bad tradeoff.

This Mac workstation made for pros in 2013 offers not only a sleek-as-heck design but also the most advanced technologies available around a unified thermal core, making it the most powerful and expandable Mac ever. It's got all sorts of ports for external connection, like Thunderbolt, HDMI, UltraHD, USB 3.0, and dual gigabit Ethernet, keeping it compact and quiet without losing any of its support for power-intensive apps. There's also Wi-Fi and Bluetooth connectivity and the pre-installed macOS X (10.9.1 Mavericks).

Picking up one of these Mac Pros instead of buying brand new contributes to reducing electronic waste and demand for new devices. Sure, it's not exactly instant gratification, but when it comes to reducing your carbon footprint, not much is. The best time to plant a tree is 20 years ago, as they say.

Help improve the planet's health while boosting your processing power as well as your budget's well-being when you buy a certified refurbished Apple Mac Pro 3.7GHz Quad-Core Xeon 16GB RAM 512GB SSD for $1599, a savings of 60% over a new one.