File under: "Aw, hell, no!" Working the high wires of electrical transmission lines 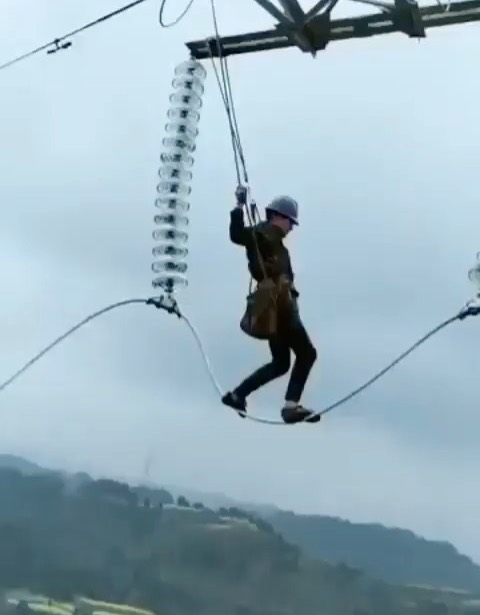 Not enough money in the world.

Saturation divers are specialized workers doing construction or demolition hundreds of feet below the water’s surface. This detailed report gives a sense of what it’s like to have a grueling routine where a tiny mistake could mean a quick and painful death.

If Mythbusters and Jackass had a brother they kept in the attic and never talked about, he would be FarmtruckandAZN. Farmtruck, the brains of the outfit, invented the Nitrous Chair.

On the East Coast of the US, electric demand is so high that utility companies can’t take major transmission lines out of commission for maintenance and repair. Instead, workers fly up to the affected cable in a helicopter and work on the line while it’s live — coursing with electricity. The helicopter hovers next to […]