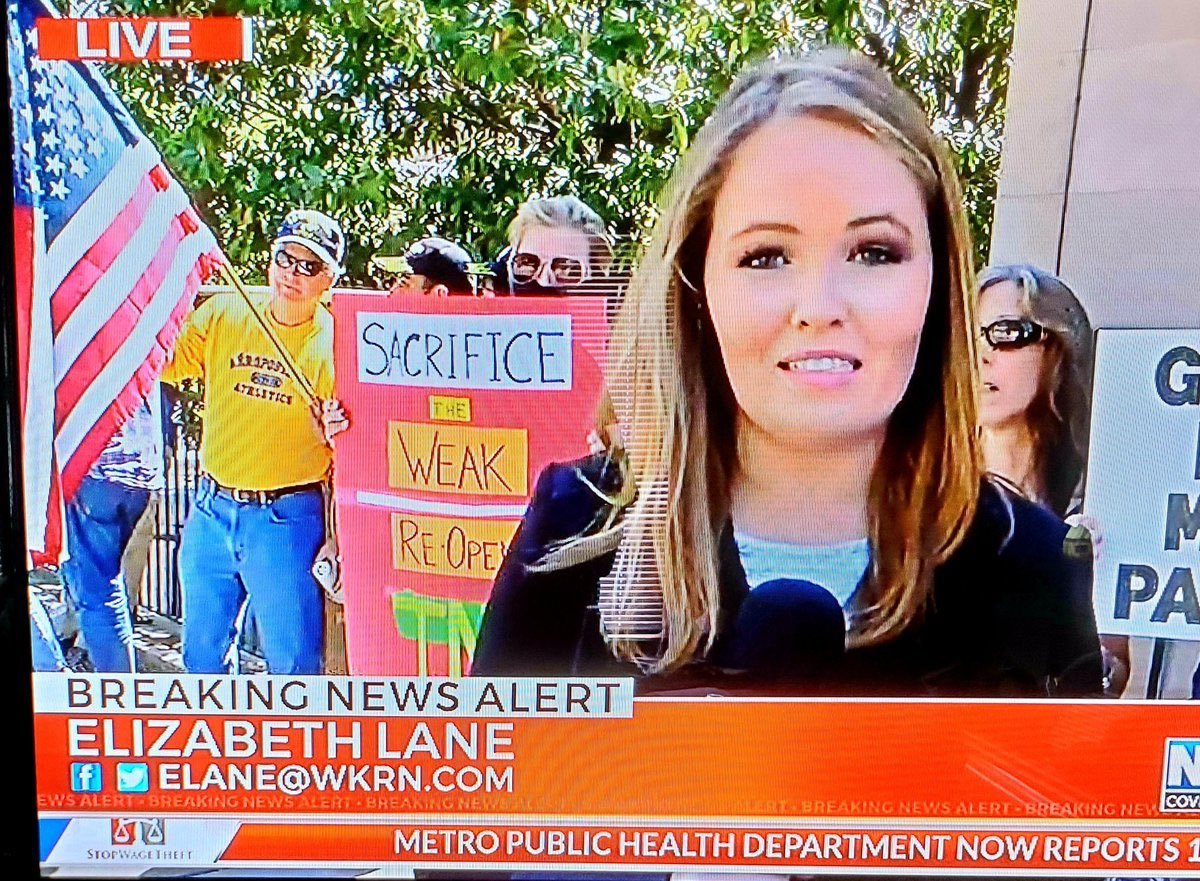 Someone carrying a "Sacrifice the Weak" sign was spotted at one of the lighty-attended "reopen" marches that cable TV is hyping as the rebirth of the Tea Party.

Their banner read ‘Sacrifice the weak, reopen TN,’ and was spotted in the background of a news report by WKRN reporter Elizabeth Lane. Their sentiments were echoed on marginally-less offensive placards elsewhere at the same protest, with one woman toting a sign saying ‘Trust God for safety not man.’ Another woman who appeared to be along with her held a sign taking aim at ongoing efforts to develop a coronavirus vaccine, which said: ‘Natural immunity over man-made poison.’

To think conservatives made the sanctity of life the centerpiece of their political lives, to the point where abortion may soon be made inaccessible to many women in America, only to discard whatever vestigial moral pretenses lurk in their belief system so they can get some ice cream.

Ohio governor Mike DeWine tested positive for coronavirus today, the latest high-profile politician to catch the bug. He has no symptoms, reports NBC News. DeWine ordered a statewide mask mandate two days ago, including in schools, as Covid surged in the state. (UPDATE: A follow-up test showed DeWine was negative for cornavirus.) “As part of […]