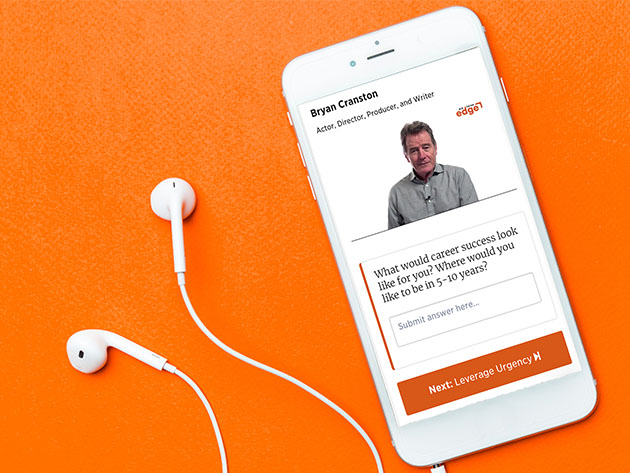 If you wanted to understand physics, you'd probably want to talk to Albert Einstein. If you were trying to unlock the art of filmmaking, you might want to chat with Martin Scorsese. And if you were interested in the inner workings of basketball, you'd enjoy a sit down with Michael Jordan.

If you're trying to understand something new, there's a natural urge to talk with an undisputed master and find out everything they know. By delving into their secrets and following their process, then just maybe you can unlock some of that greatness inside yourself.

That's the theory behind Big Think Edge, a truly epic video series gathering some of the world's greatest thinkers with the goal of presenting the keys to their greatness to you.

The Big Think Edge library already includes over 1,000 video lectures, all aimed at inspiring you to take your career to new heights, sharpen your decision-making, and redefine how you reason and approach the world.

And no matter what interests you, the Big Think Edge roster of experts, more than 150 in all, is stellar.

Comedy legend John Cleese explains how to use your cognitive abilities to find creative solutions and opportunities. Best selling author Malcolm Gladwell covers ways to master your craft and produce your best work. Former Navy SEAL David Goggins reveals the self-motivation it takes to push past negative self-talk and attack the world on your terms.

Each week, Big Think Edge rolls out three exclusive new lessons, 12 actionable life and career lessons every month, taught by Ivy League professors, entrepreneurs, and Nobel Prize winners. If you're looking for a life mentor or role model, you could do a lot worse than any handful of the visionaries assembled by Big Think Edge.