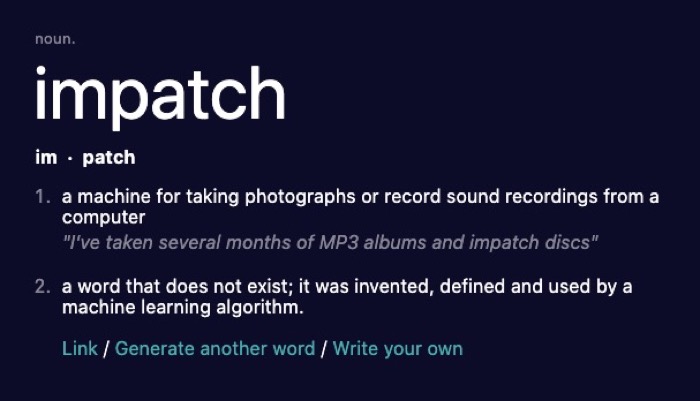 Thomas Dimson used the GPT-2 language model to make a website that creates a new word every time you refresh the page. Some of them are really good -- I could imagine them entering the lexicon.

University researchers from Hong Kong and China created an application called DeepFaceDrawing that “allows users with little training in drawing to produce high-quality images from rough or even incomplete freehand sketches.” Image: YouTube

If a website called Do Not Draw a Penis senses that you are trying to sketch a penis it will erase it. Otherwise, it attempts to describe what you are drawing. It’s pretty easy to sneak a penis in by having it after you draw something it identifies.

All you need to know before taking Google’s Machine Learning Foundations course is “a little bit of Python.” In this first episode, you’ll learn what machine learning is and how it works. Image: YouTube