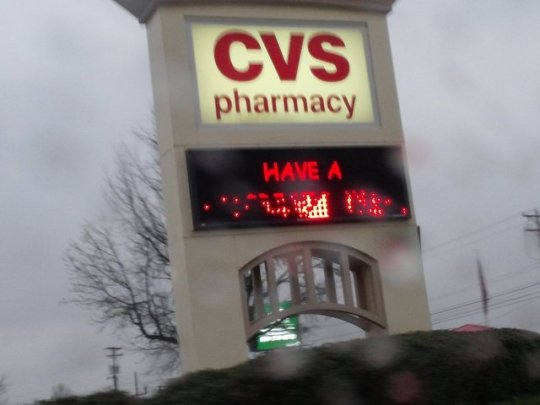 Mimi Smartypants spotted a heartwarming message courtesy of CVS Pharmacy: "Thanks, you too"