If you see the police, start recording 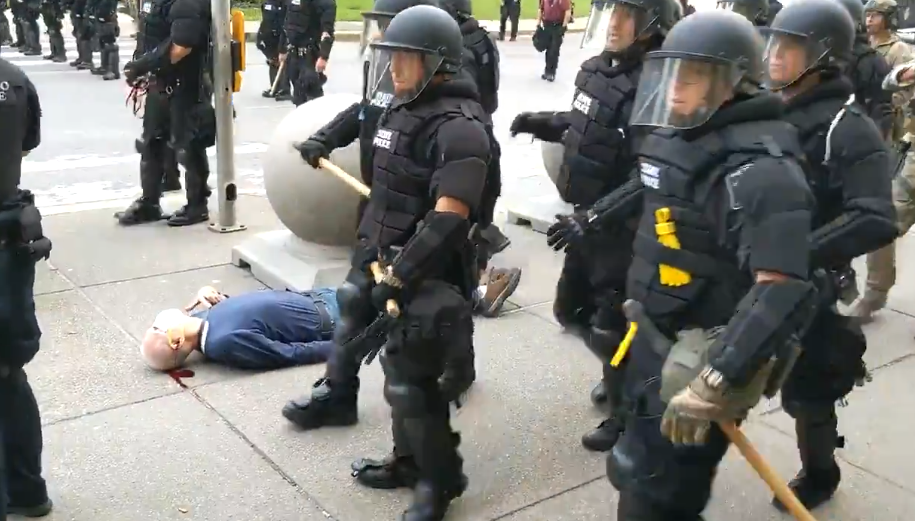 T.C. Sottek writes that this week's protests, marked by soaring levels of police violence against demonstrators, show that we have a responsibility to record them when we can. Last night's horrific attack on an unarmed, elderly man by Buffalo police is only the latest and sharpest example of a lie—the officers claimed he tripped—exposed by video.

You have a right to record the police

Everyone in the United States — citizen or resident — has a constitutional right to record police who are performing their public duties. The police don’t have the right to stop you as long as you’re not disrupting their business, and they aren’t allowed to confiscate your phone or camera just because you were recording them. This is the consistent opinion of federal courts and the Supreme Court, which affirmed in 2014 (in a 9-0 decision) that cops need a warrant if they want to seize and search your cellphone.